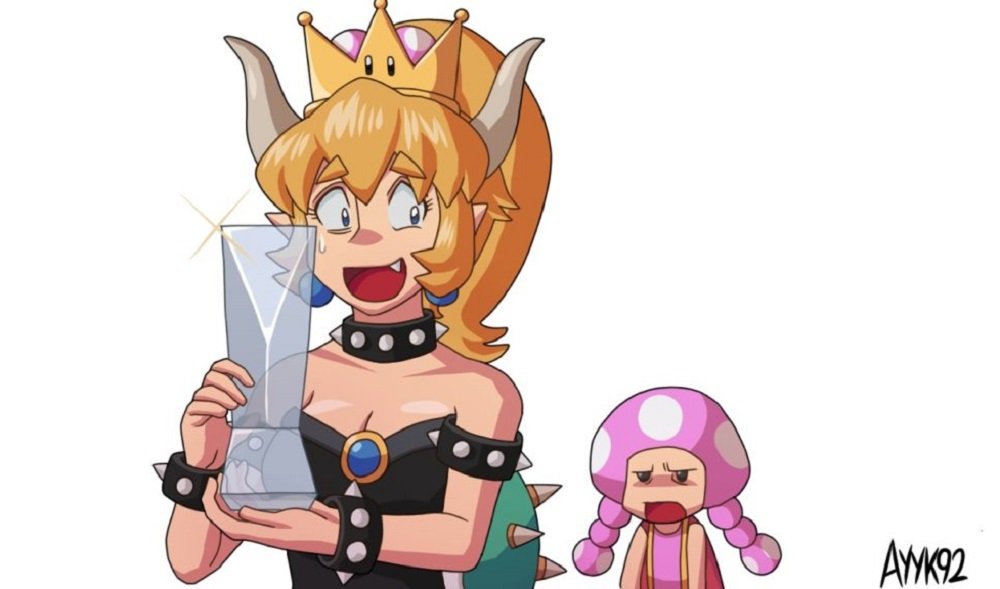 The Bowsette phenomenon kicked off less than half a year ago, but it feels like it’s always been with us. It all started when one cartoonist postured what would happen if Bowser donned New Super Mario Bros. U Deluxe’ Super Crown item. One simple comic strip later and off to the races we went.

Yesterday, that artist, Haniwa, received a fancy glass trophy for their ingenuity, a simple idea that kicked off one of the most creative memes of 2018. The award was presented by websites NicoNico and Pixiv as part of their end of year awards. Specifically, Bowsette was named the 20th most popular trend of 2018.

Bowsette, stylised in all manner of different ways, flooded the internet via traditional art, digital art, pixel art, sculpture, cosplay, in-game mods and other forms of media. The meme also led to the creation of similar characters like Boosette and – my personal favourite – Chain Chompette. It was a fast, almost frenzied, but very creative response from the global gaming community.

Nintendo may be quick to declare Bowsette non-canon, but that’s irrelevant. The People have already created an indelible character, who will no doubt rear her head again and again whenever the cast of future Nintendo titles are discussed. Bowsette is out, and you ain’t putting her back.

Haha they actually did it, the guys at NicoNico and Pixiv sent me a nice glass trophy for the Bowsette trend from last year
It arrived on the launch date of New Super Mario Bros U Deluxe too! pic.twitter.com/h7tiKgjoDj