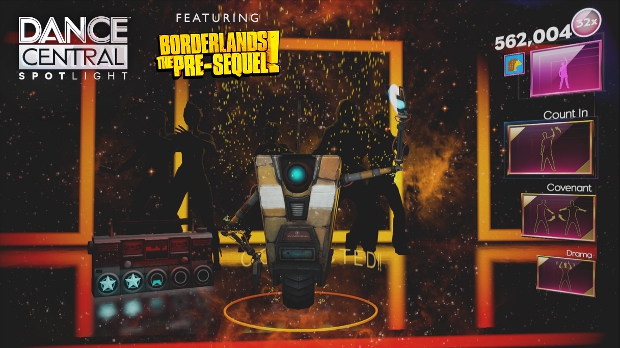 From Inside Gearbox panel

Gearbox and Harmonix have worked together in the past with a dance section in one of last year’s trailers for Borderlands: The Pre-Sequel. At the PAX East Inside Gearbox panel, Gearbox and Harmonix announced a new partnership. Vault Hunters Nisha and Claptrap are now available as character models in Harmonix’s Dance Central Spotlight.

The panelists discussed the trepidation over including Claptrap, since he doesn’t have legs. As it turns out, it was fairly easy for Harmonix to insert him into the dance game. The usual tailbone is mapped to his wheel, and it ended up working without any extra tweaks.