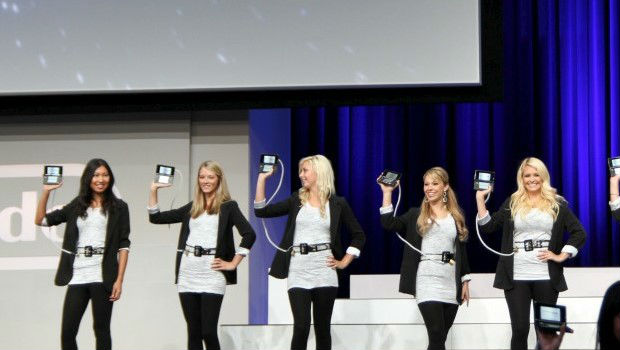 Spencer Chen, head of marketing and growth for Frontback, has weighed in with his expertise on the booth babe situation — a topic that usually resurfaces during every major gaming convention. Spurred by CES, Chen has spoken up against the practice, calling it “indefensible’ and “a relic of old enterprises.” While the tactic has been debated on moral grounds many times, Chen contends that monetarily it doesn’t make any sense, stating, “[they] do NOT convert.”

Chen notes that he split-tested conversion on his own, comparing leads gained by booths featuring booth babes and ones without them. He says that historically, his reps “always” did better without hiring booth babes, and one day he was able to put his findings to the test. At one event, he recorded one booth that used two older women as reps (one was a grandmother), and another that used “babes.” Chen says that the latter generated “a third” of the foot traffic (which was measured), and “less than half” of the leads.

He then goes on to break down the situation, saying that booth babes are intimidating, and give some men anxiety — thus, a loss of leads. Chen also contends that booth babes are “lazy,” and just “show up…for the day,” and that business executives don’t actually talk to them, causing an informational rift between the company and who they hired.

Finally, he suggests that they deliver “low quality leads,” from “low-level, overconfident IT nubs.” If you want the full story read the article, as there are a few more details on why businesses keep supporting the practice. Another point I thought of that he doesn’t touch on at all is the fact that booth babes may alienate women, who are a large portion of the gaming community already.

While the wording Chen uses to describe his own potential clients is puzzling (lazy? nubs?), his findings are pretty interesting. More studies beyond this one certainly need to be done to find a real monetary solution to this issue, because most people don’t really know what to do.