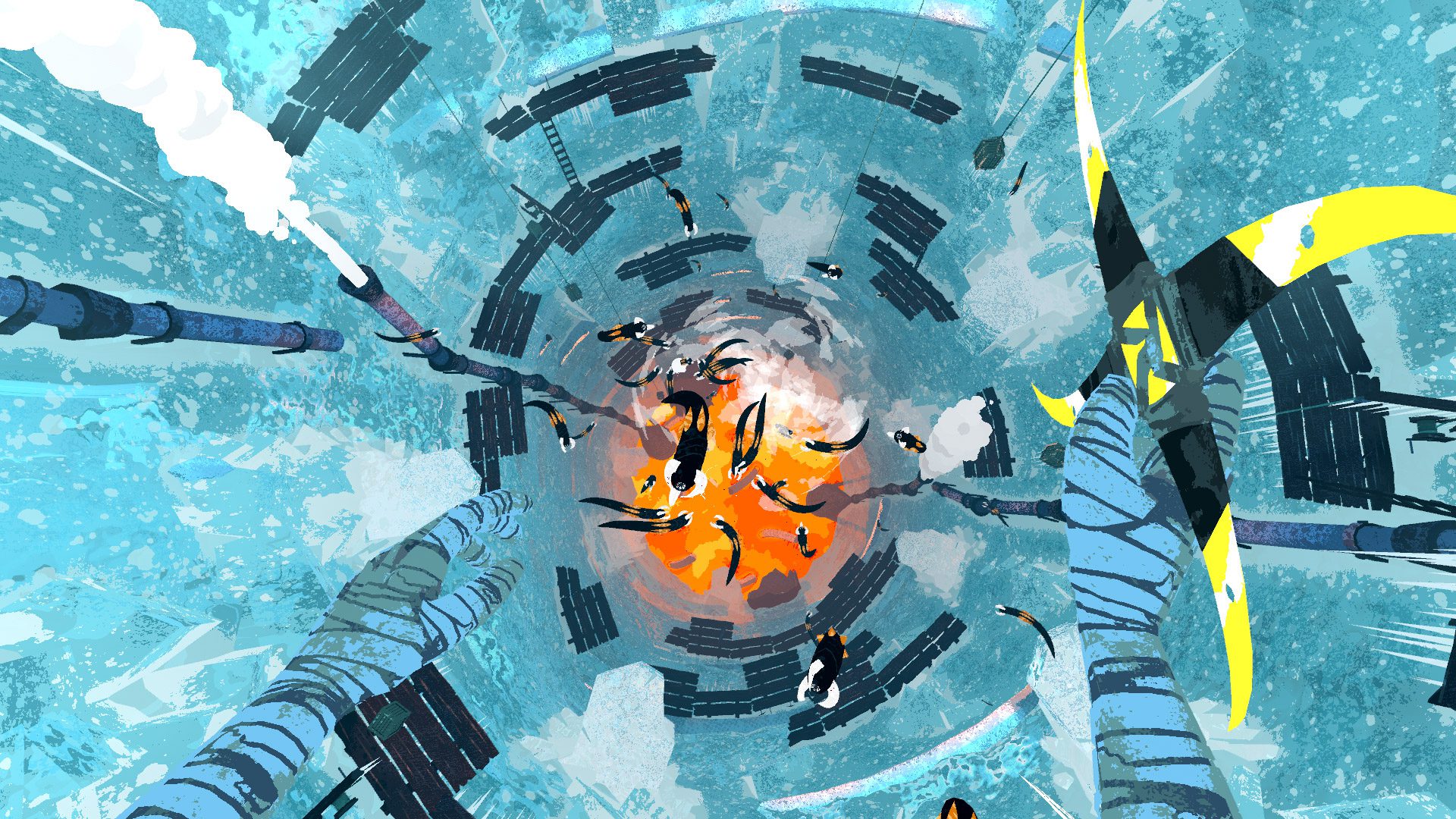 There’s a demo on Steam right now, too

Boomerang X is an arena action game that’ll test your reflexes and make you feel like an untouchable ninja once you’ve adapted to your projectile abilities and air-dashing ways.

I know we’ve all got enough cool games on our minds after E3, even if we’re just talking about new Devolver Digital-backed projects, but here’s another one, and it rules.

As you can see in the release date trailer footage, you’re a mummy-looking hero and you’ve got to clear out waves of specially marked enemies in different types of arenas. Survive long enough to finish every wave, and you can move onto the next zone, often with some light environmental storytelling mixed in during the sight-seeing downtime.

Many of the foes in Booermang X, like a toxin-barfing frog or a storm-generating giraffe beast, have weak points that can only be shot from certain angles, and they’re otherwise invulnerable to normal attacks. Further in, the arenas have enough obstacles and flying fodder coming at you from all angles that you’ll basically never touch the ground.

I previewed Boomerang X a couple of months ago, and I’m still riding that high. I’m not sure what might’ve been fine-tuned since then, but even if it was the same experience, I’d still be singing its praises. It felt fantastic — but you don’t have to take my word. The developer, DANG!, just put up a Steam demo. It’s a crowded week, with hundreds of PC game demos joining the Steam Next Fest event, but this one’s worth your time.

If you end up checking it out, be sure to dip into the gameplay options and customize everything to your exact tastes. You don’t have to be a pro FPS player!