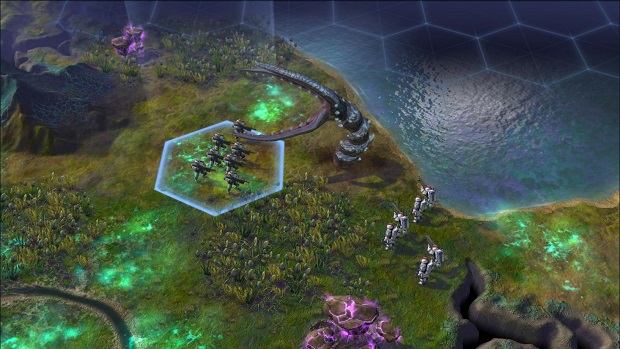 Firaxis has just released over fifty minutes of beginning-game footage of its science fiction-themed entry into the Civilization series, Beyond Earth. And, as an added bonus for the Red Team, Firaxis would like you to know that the build being previewed is running on AMD’s new Mantle technology.

In the video, lead designers Pete Murray and David McDonough walk us through the very first steps in building your civilization. From picking a sponsor to selecting the composition of your colony, each choice will give your Civ perks that will either last throughout the game or can give you a one-shot advantage from the start.

So far, this is looking pretty amazing. While I enjoyed tinkering around with Civ 5, I think the science-fiction angle may be what ends up truly drawing me into the franchise once and for all. Civilization: Beyond Earth is currently slated for release on October 24.