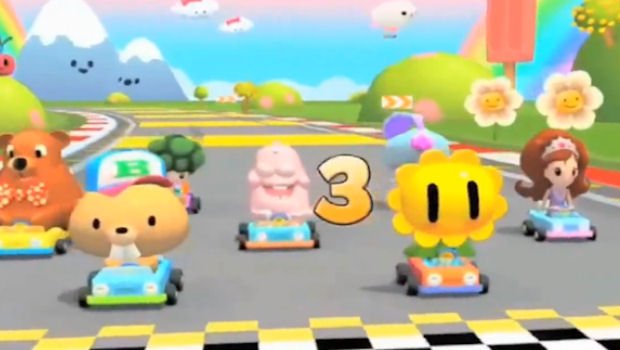 Here’s a new TV commercial for Activision’s Blur. I’ve mostly been hyped for Blur because of the Mario Kart inspiration — it’s basically a “grown up” racing game with power-ups — but the makers of this commercial have rather mercilessly mocked Nintendo’s highly regarded racing franchise, implying that it’s boring and for children.

The ad features a cute character in a thinly veiled parody of Mario Kart, looking on at Blur in envy while he’s stuck with his bright and cuddly cartoon cars. The ad then tells players to “race like a big boy” as the jealous character takes out his frustration on a passing pink dinosaur.

Sad thing is, I’m sure there are tons of people out there who’d agree with the sentiment that Mario Kart is for kids only, regardless of how good the game is. To its credit, Blur is looking like it has serious potential, but after making fun of one of the best racing games in the world, no matter how lighthearted, Blur has to be excellent in order to avoid this commercial’s sentiment returning to bite it in the arse.

You mock another series and manage to be worse, people will not let you forget it. So, best of luck to Blur, because its very dignity is at stake now.