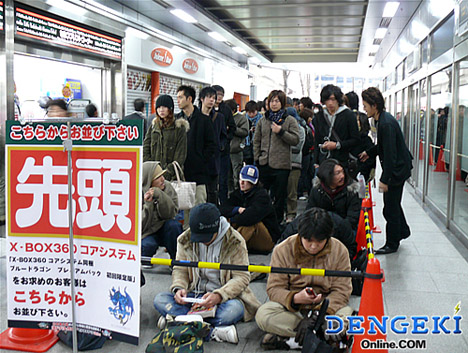 We all know the story: Japan is kinda cold to Microsoft and the 360 has struggled because of that. We also know that Blue Dragon is supposed to be the peace offering that warms the heart of many a Japanese gamer. After the title finally dropped in Japan, early reaction seems to point to the attempt actually working on Microsoft’s behalf. In fact, according to at least one Japanese site, people actually waited overnight for the game. Shocking, isn’t it?