[Editor’s note: Rio McCarthy is amazing!!! She remade the cake boss from the greatest game ever and it looks delicious. I want to pull a Booster and eat it in one giant bite! — CTZ]

Ever since Super Mario RPG: Legend of the Seven Stars came out many moons ago, it has been my absolute favorite game of all time, as well as the game I most frequently replay. I try to make it a habit to at least beat the game once a year and it always delights me every time.

One of my favorite things about the game are the boss battles and there was always one in particular, Bundt. I mean seriously, who doesn’t love a boss that’s made out of cake? Well I do that’s for sure, so I made him … out of cake. 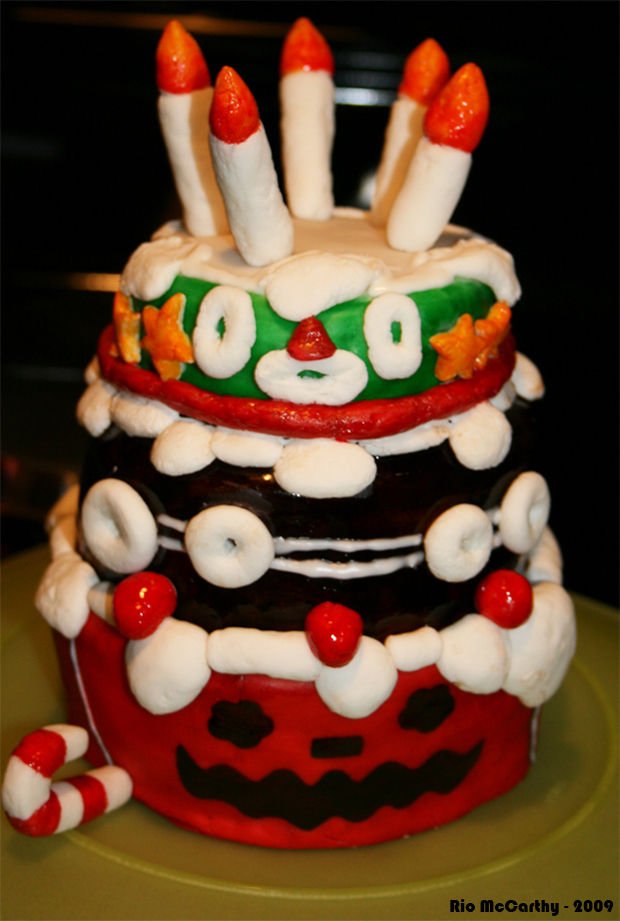 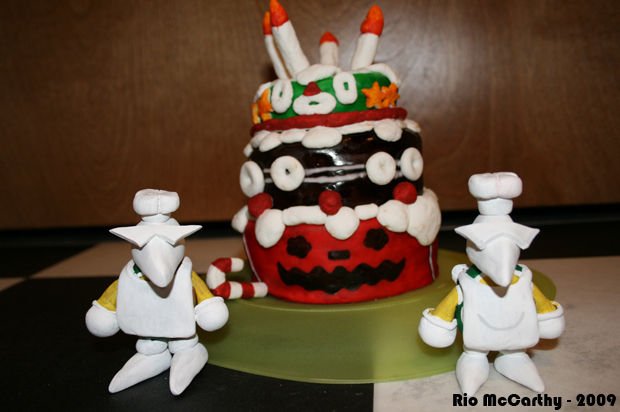 Not only did I make Bundt (with Raspberry of course) I also made Chef Torte and his Apprentice! 😀 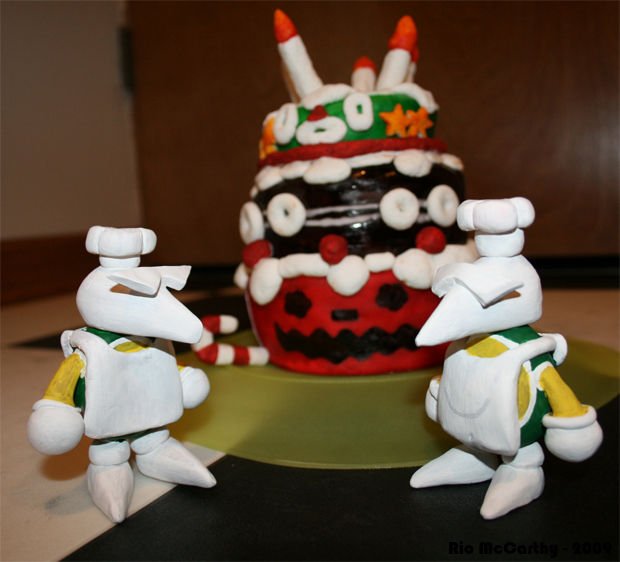 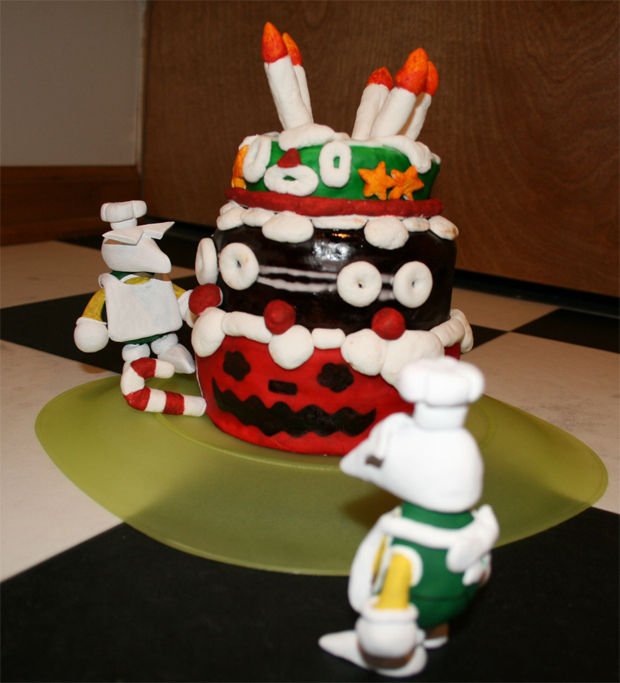 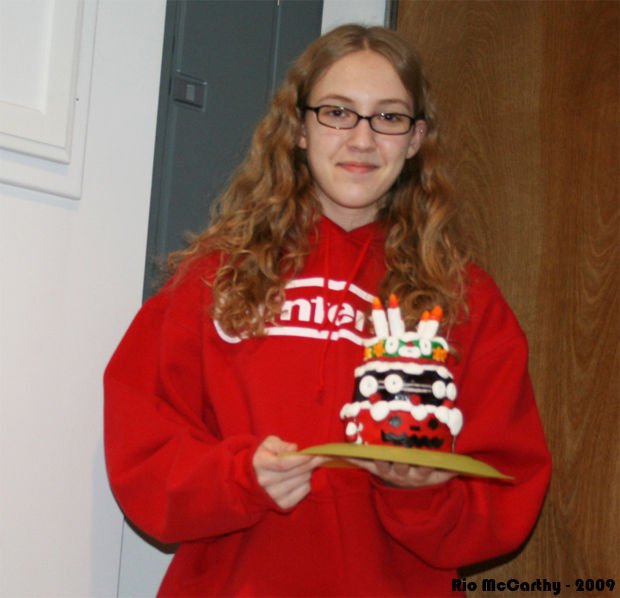 :X Me and Bundt. I think we could be soulmates, what do ya know? 😛 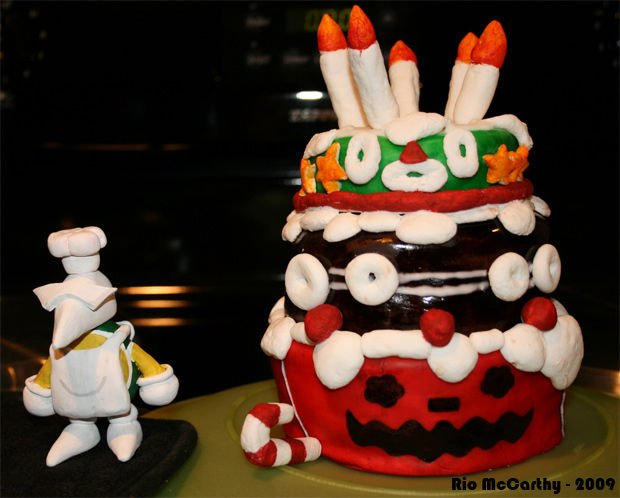 All in all, this was around a four plus day project. It took me two days to do all the work on the cake, plus another two days to finish up Chef Torte and the Apprentice. Bundt is completely edible and made from a lot of stuff I’ve never used before such as gum paste, and whatever other stuff you make cakes from that I found in the decorating aisle. I make note that before this project I didn’t even know how to bake a cake, so I’d say this turned our pretty good since I never have used most of the materials before.

Chef Torte and the Apprentice are completely hand sculpted from Sculpey and I painted the both of them to match their in game colors.

It may have been such a small part in the game, but it will always rank as one of my absolute favorites and it’s made me beyond giddy to recreate this scene in cake.