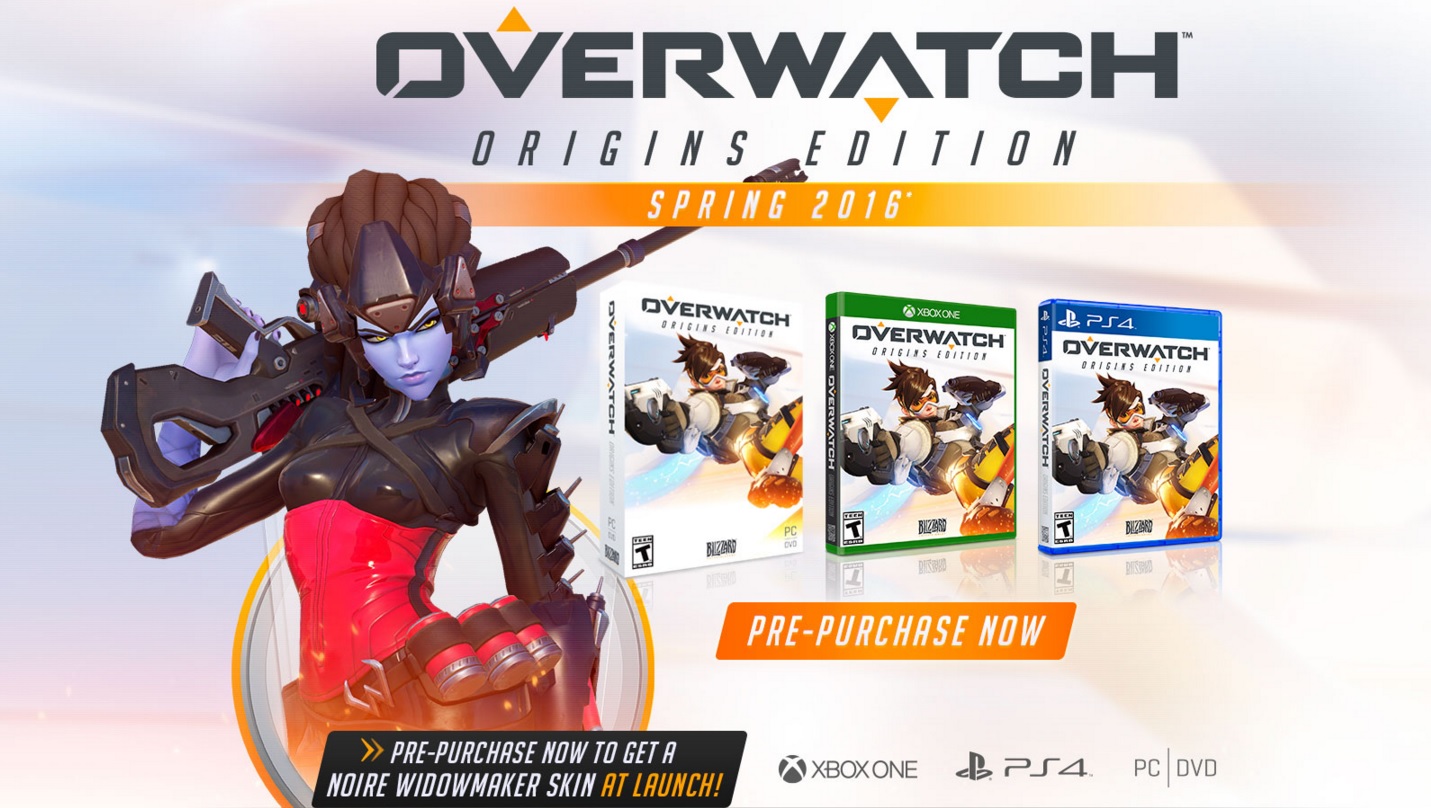 GameStop already ruined the surprise, but now it appears things are officially official: Blizzard’s new first-person shooter Overwatch is coming to PlayStation 4 and Xbox One alongside PC.

The good word comes from a listing on Battle.net, which shows boxed versions of the “Origins Edition” up for pre-order, but the corresponding links do not appear to work just yet.

Overwatch is planned to launch sometime next spring for PlayStation 4, PC, and Xbox One. We can probably expect to hear more about the game at the publisher’s BlizzCon keynote tomorrow.