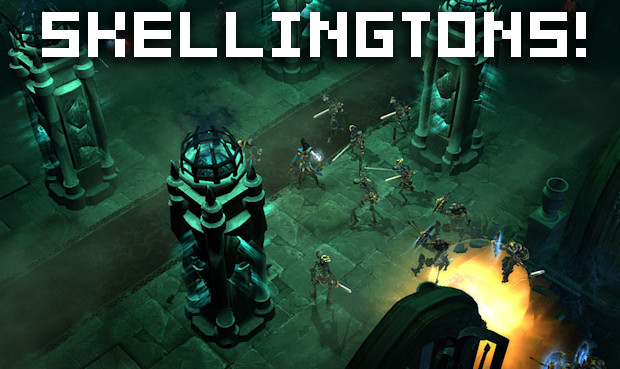 Do you like dungeon crawlers, but are stuck with a laptop that just barely manages to handle Aliens vs. Predator 2? If so, welcome to my world. It’s a world doomed to never enjoy Diablo III — or is it? Blizzard has continued to provide hope that console gamers will be able to loot skellingtons, with chief operating officer Paul Sams confirming that it’s not been ruled out.

Geoff Keighly who hates bloggers Tweeted the news: “Paul Sams of Blizzard says they haven’t ruled out Diablo III for consoles — and are currently talking to the first parties.”

Blizzard has never said that Diablo III won’t come to consoles, dangling a carrot in front of our faces for quite some time. This is the first indication that Blizzard is making serious moves to make this happen, and that’s good news.