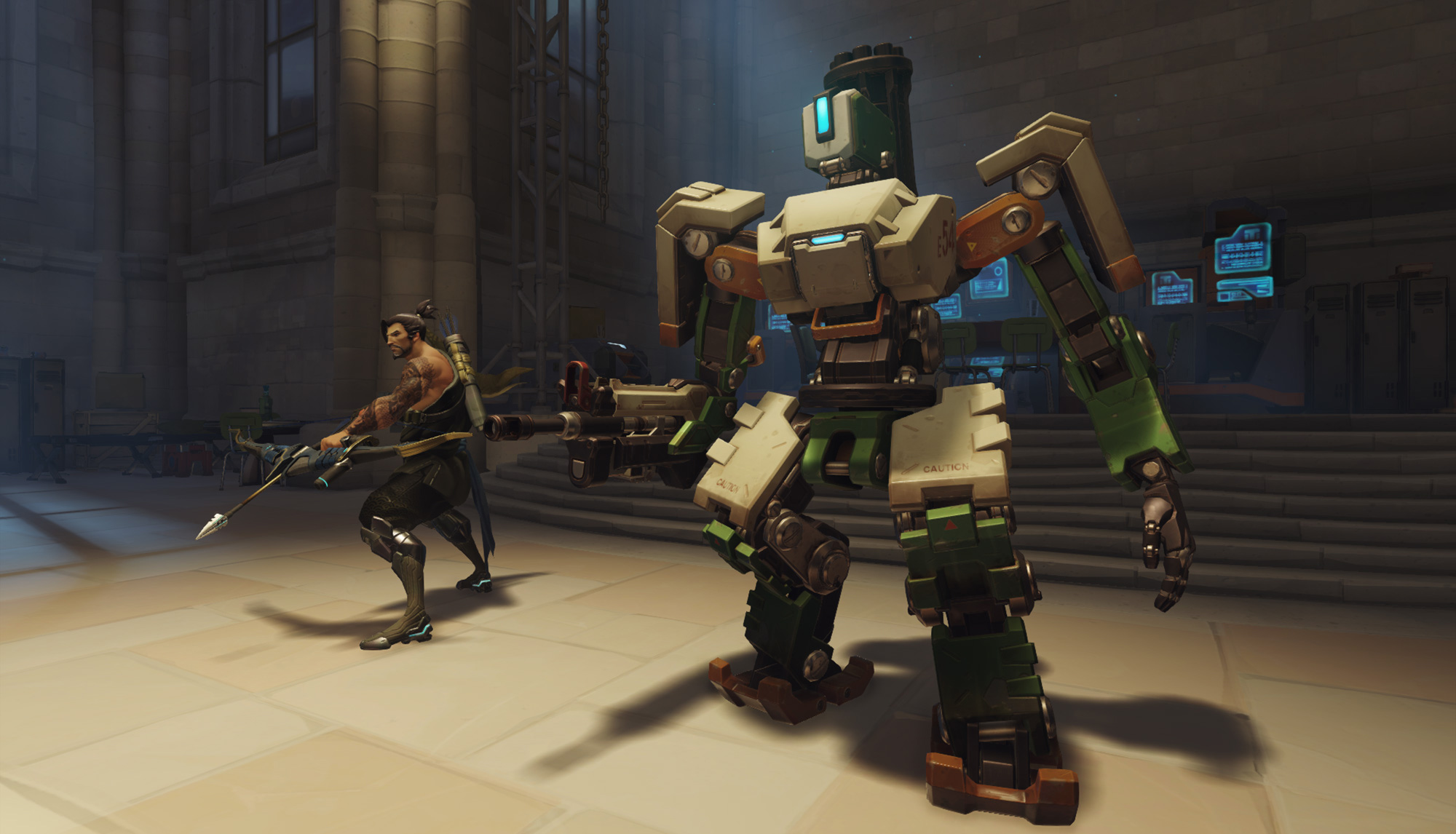 One of the first things players learn in Overwatch is that Bastion is horribly overpowered.

He’s a robot who can hunker down, transform into a rapid-fire turret, and make it impossible for you to reach that control point or payload you’re after. Instant death, every time. He can also morph into a powerful tank to wipe out your entire team while on the move. And he can heal himself!

The more matches you play, the more you’ll come to realize he’s not so bad (aside from the fact that Overwatch loves to pick him for its end-of-round “play of the game”).

How do you deal with Bastion? Blizzard has some advice.

In all seriousness, Bastion’s antics got me to try Roadhog, who has since become my third-favorite character. Latching your hook and yanking him right the hell out of sentry mode is bliss. And, echoing Blizzard, Genji’s reflect against less-experienced Bastion players is similarly satisfying.

Besides. We all know the one true monster is Mei.