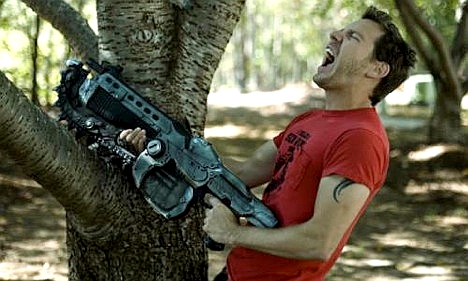 As a hardcore gamer, I would like to think Cliff Bleszinski and I have a special relationship. His vision for games, primarily the Gears of War series, shares much in common with what I desire from a game – chainsaws, blood, and cursing. Yet, in a recent Reuters report, Bleszinski was caught cheating on me in favor of casual gamers.

We want casual gamers to play the game and be sucked into the universe and finish the game. We want them to potentially finish with a friend and become a fan of the characters and the setting.

Oh really, Mr. Bleszinski? Is this what we have come to? You get really big and successful and you just throw it away to get a few Wii stragglers who bought an Xbox 360 without a hard drive? It doesn’t matter that your quote doesn’t indicate you attempting to court the casual gamer or even approaching Gears 2 as a casual game. It hurts to hear you mention those “other people.”

Despite my rage, I think I can go ahead and say good luck. Casual gamers buy handheld devices and let dust collect on the casing. They also like WiiSports, which is clearly beyond my comprehension to explain or dismiss.