Bandai Namco has officially announced that Bleach’s seductive cat-gal Yoruichi Shihoin, will be joining the roster of crossover fighter Jump Force in 2021. The publisher’s hand was forced after a bizarre mishap caused Yoruichi, (alongside another, previously unannounced character) to momentarily go live in-game before development was even complete.

Yoruichi is the former Captain of Gotei 13’s Second Division, and is a master of various martial arts. In addition to her excellent fighting prowess, Yoruichi has the ability to transform into your average common-or-garden moggy, allowing her to infiltrate the enemy or simply get up to hi-jinks. From her impromptu in-game appearance, we already know that Yoruichi will be a fast, close-range fighter, putting her expert combat abilities to good use when getting up-close-and-personal. 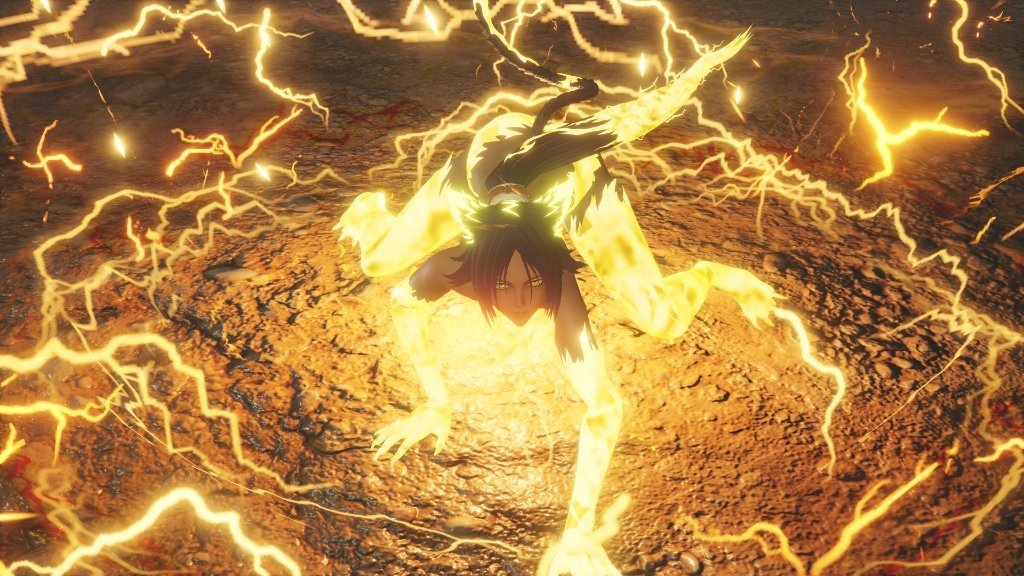 Yoruichi Shihoin will be the third character released as part of Jump Force’s second character pass, alongside previous DLC fighters Hiei from YuYu Hakusho, Shoto Todoroki from My Hero Academia, and Mereum from Hunter x Hunter. The fifth and final DLC fighter – as revealed by the aforementioned glitch, will be Giorno Giovanna from the legendary anime JoJo’s Bizarre Adventure.