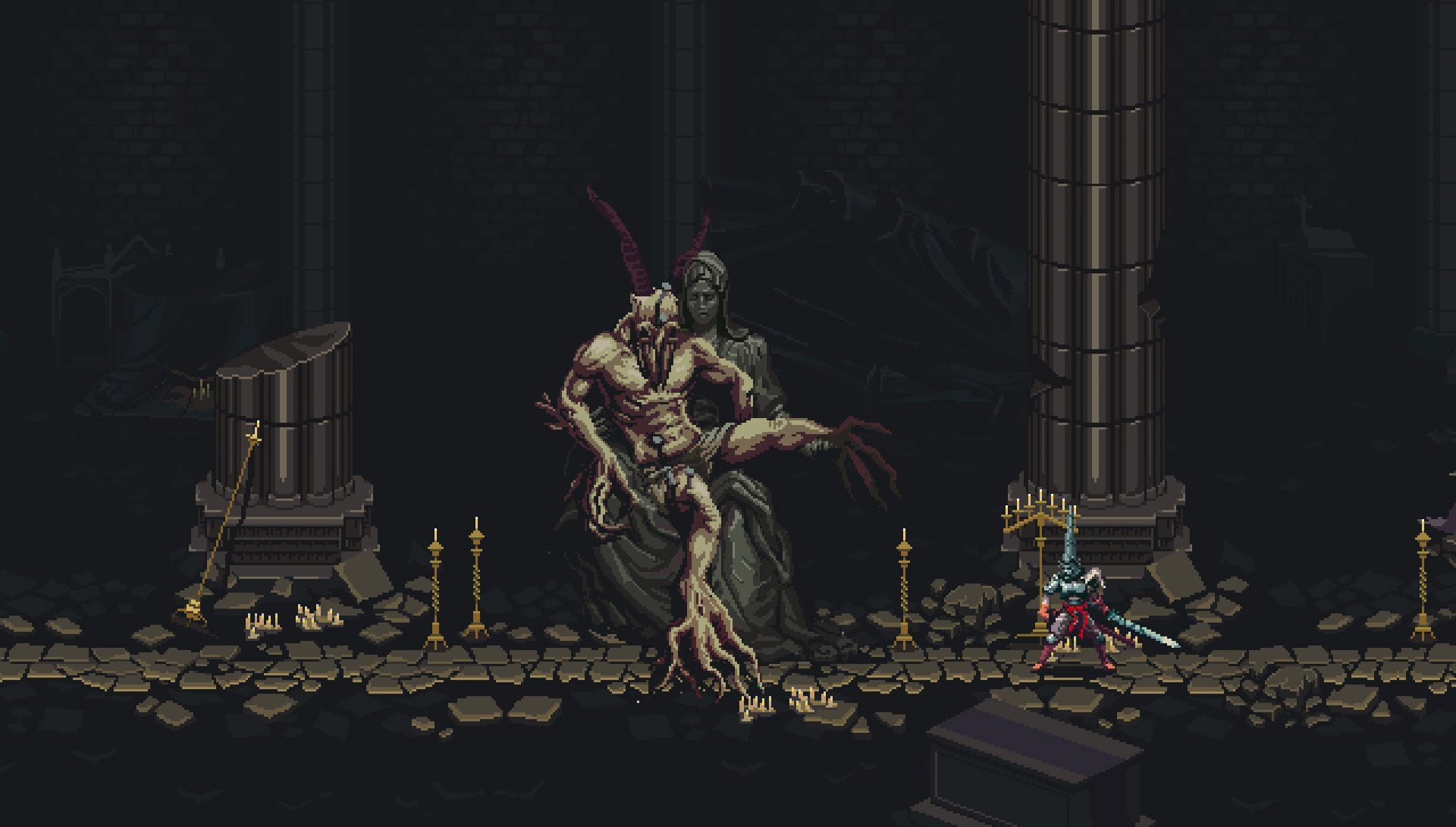 From the team behind The Last Door

Having seen a few early gifs here and there, I’ve been waiting for a good opportunity to talk about Blasphemous. The now-live Kickstarter campaign will do just fine in that respect. This is a brutal-looking 2D action-platformer from The Game Kitchen, creator of horror point-and-click series The Last Door.

The dark-fantasy setting here is “the savage land of Orthodoxia, a place where religion is of the utmost importance in the eyes of the populace, superstition runs amok, and churches outnumber people two to one. You will find yourself in this hellish territory in the wake of the Age of Corruption.”

Blasphemous has been in pre-production since November, with the team “working non-stop since then” and “currently prototyping the second layer of gameplay, involving narrative and exploration mechanics. We’re in the process of measuring the production scope and testing every required production pipeline. After that, we will confidently enter the production stage!”

If that sounds like the project is a ways off, you’d be correct. The Game Kitchen is targeting a Q1 2019 launch for Blasphemous, which will be preceded by beta/alpha builds and a few prototypes for backers. It’s a PC game, but with stretch goals, console ports (PS4, Xbox One, Switch) are a possibility.

Definitely follow through to see some of the enemies in motion (arguably the most impressive aspect of the pitch), to say nothing of that unsettling blind infant boss tearing the protagonist apart.