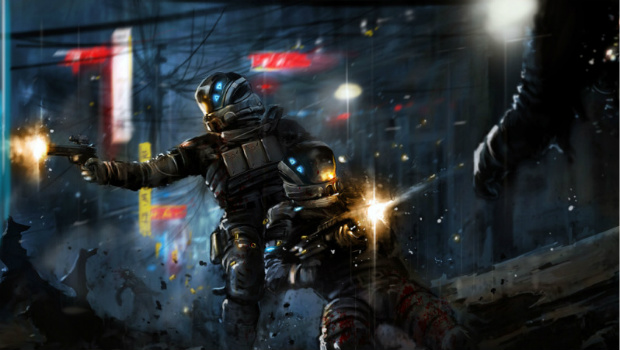 Sony revealed several more indie titles last night during the Game Developers Conference that are set to hit the PlayStation Vita, PlayStation 3, and even PlayStation 4. Sony has been showing a lot of support to smaller developers, and even courting PC titles such as Blacklight: Retribution into the fold.

Jared Gerritzen, studio head and creative director at Zombie Studios, told me that Sony has been,  “very, very proactive” with the relationship and sees this movement as their grand plan to win the next-generation.

“I think Sony is really in to win this one,” Jared tells me. “I’m good friends with a lot of guys at Microsoft, I’m under their NDA flag, and Microsoft definitely has a different outlook than Sony does. Sony, like they say ‘Yeah, PlayStation 3 wasn’t what we wanted it to be in comparison in the “arms” race.’

“So now they’re going hard, man. It’s pretty cool, on all points. I think that it will be really interesting to see what Xbox fires back with. It’ll be an awesome E3. Sony is just like, ‘GO! GO! GO! Let’s make this hardcore! Let’s get all these devs in and let’s make it as good as we can.'”

Furthermore, Sony is going beyond simply approving projects to offer more direct support to independent developers like Zombie. “They could have just been like, ‘Yeah, put it on the PlayStation 4. Cool,'” Jared told me. “But they’re sending us kits, they’re sending us everything, they’re pulling us into PR groups, they’re setting up these events for us, and it’s just awesome.”

It’s especially significant that Sony is working with Zombie “considering the game’s been out, most publishers had been ‘yeah we don’t understand cause the game’s already out so whatever.’ But [Sony’s] been really awesome. ‘Yeah let’s get this, here you can talk to these guys, let’s introduce you.’ It’s been really, really cool.”

Check out my full interview with Jared where we discuss the fear of self-publishing, and how the studio imagines using the PlayStation 4 controller’s touch pad.