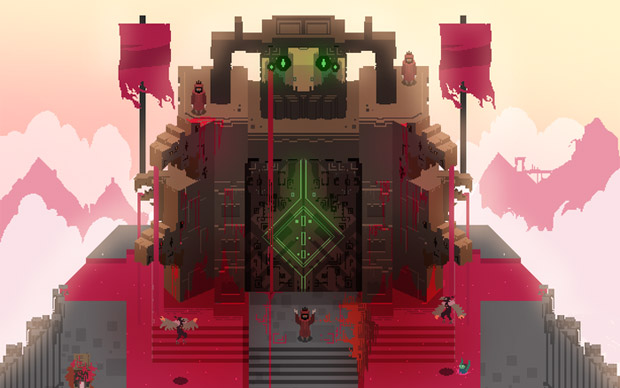 ‘We’re all working as hard as we can within reason’

The team behind Hyper Light Drifter has set a new release schedule and, yep, you know what’s coming: this is yet another Kickstarter project that’s grown large enough in scope to necessitate a delay. Backers will get to participate in a closed beta “near June,” while the full release will happen this holiday season — first on Steam, followed by other platforms “shortly thereafter.”

According to designer Alex Preston, “The original approximation of a June release was for a game developed with just myself and [lead programmer] Beau Blyth, something much smaller; I would have been creating art for the next six months, with much rougher edges and animation. Since we have been given this remarkable opportunity, the project has evolved, requires polish and finesse that I was not originally afforded. We are able to make the experience whole, into the full vision I had wanted it to be.”

Really, you can’t ask for much more than that. Hyper Light Drifter is hitting all of the right notes for me and I’d love nothing more than for it to be the best game it can possibly be. In the words of Preston: “I remember yelling at Nintendo Power whenever Zelda: OoT was delayed, and now I fully understand why they did it and how it paid off in the end.”

So many things to show you! [Kickstarter]