Volume pulled from sale due to ‘non-negotiable’ stance

The new tome would have been the eighth release in the popular Bitmap Books series, following on from editions on platforms such as the Atari 2600, Commodore 64, Commodore Amiga, NES, and SNES. The sleek, hefty books feature a plethora of visual material from each platform’s archives, ranging from sprites and stages to boxart and marketing materials. Sega had originally backed Bitmap Books for a Sega Master System edition, but seemingly would not close the same deal for its 16-bit counterpart.

“We’ve had to push back the release date a few times, and as of now, have not communicated why,” writes creative director Sam Dyer in a statement to Bitmap Books’ fans. “I’m afraid to say that we have been asked by Sega to remove the listing or face potential legal action. As a small business, this is not something we can risk. After discussions, their position is non-negotiable. It is of course their right to protect their IP as they see fit.” 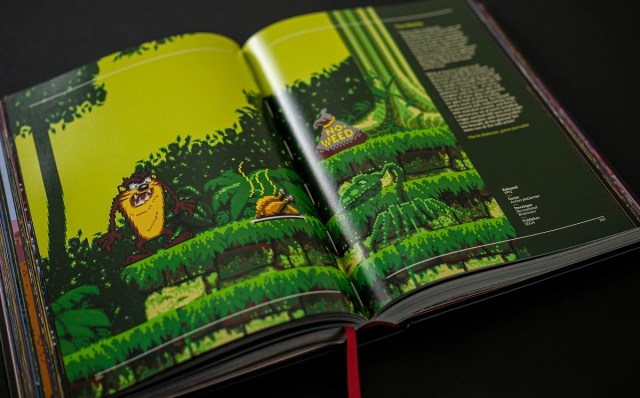 “Personally I have regrets with this project, as I should have put the brakes on a while back,” continues Dyer. “Instead I pressed on with the belief that it would be OK because of the various efforts made to state that the book is ‘unofficial’ and the skew towards third-party games. I was also buoyed by the number of SEGA fan related projects that were out there that are not challenged legally. In hindsight, this was a mistake, and I should have shelved the project.”

“As of today, I must admit defeat. I’m not prepared to risk everything I’ve worked for, and jeopardise the amazing projects we have in the works. As a small business, we cannot fight something like this legally.”

The publisher notes that it hopes to find a way to release the Sega Mega Drive Visual Compendium as a free PDF, should such a method be both plausible and, one would assume, legally viable.

You can check out the Visual Compendium series over on the Bitmap Books website.