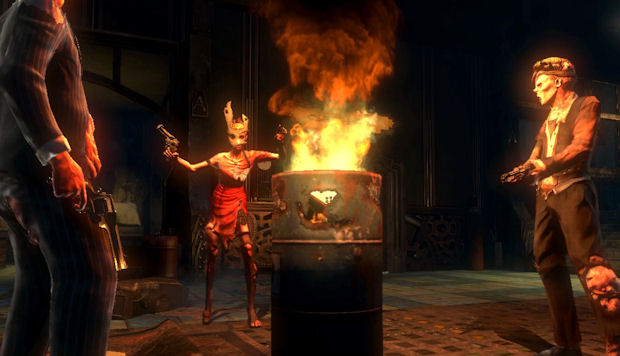 More than just an ugly face

If you’ve read any of my features this month, you know how much I love Halloween, so naturally I’ve been wanting to play all kinds of spooky games to get in the spirit. I started with BioShock, and let me tell you, that game does not disappoint.

For me, what makes BioShock‘s horror particularly great is that yes, the enemies look creepy, but it’s not because of some nondescript zombie virus or generic demonic possession. The bloody body horror instead comes from gene splicing, hence Splicers, which ties directly into the central narrative of the story.

At this point most of us know that the game is a critique of Ayn Rand’s philosophical framework of Objectivism, which in the simplest possible terms, strives for personal happiness and success above all else. The people who lived in Rapture held to these beliefs pretty tightly, which we learn from the many audio diaries scattered throughout the world, so as a player it’s easy to see how the city was going to collapse from the start. 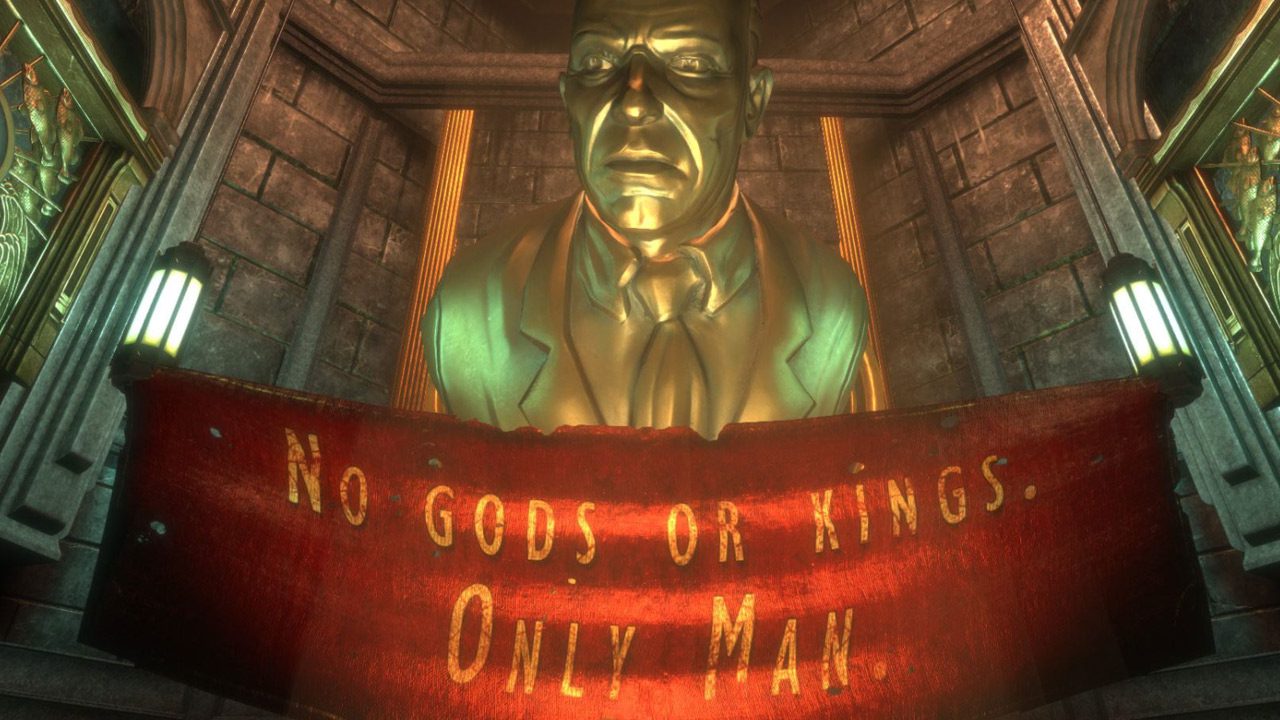 Ryan’s opening monologue is brilliant not only because it’s a strong introduction both to his character and the world we’re about to enter, but also because we can tell this thing is doomed from the start. Calling Rapture a city “where the scientist would not be bound by petty morality” is pretty much a dead giveaway, in my opinion.

This moment feels so Shakespearean to me, mostly because we can work out that it’s all going to end in disaster from a character’s opening monologue. On top of all the gore we’re about to see, this moment evokes a kind of existential horror, because we’re dreading the end before we’ve even begun. I mean it starts with a plane crash into the middle of the ocean — it doesn’t get more hopeless than that. That’s pretty damn cool if you ask me, and we get it all before we even get to the main spooks of the game: the Splicers.

ADAM was a hot commodity right when it hit the market, but even more so when everything in Rapture started going to shit, mostly because of the whole superpowers via plasmids deal. As the story goes, people kept splicing and splicing until they were these horrible, terrifying monsters, and now we have our cool enemy for our game. But that’s the thing — they’re more than just monsters. 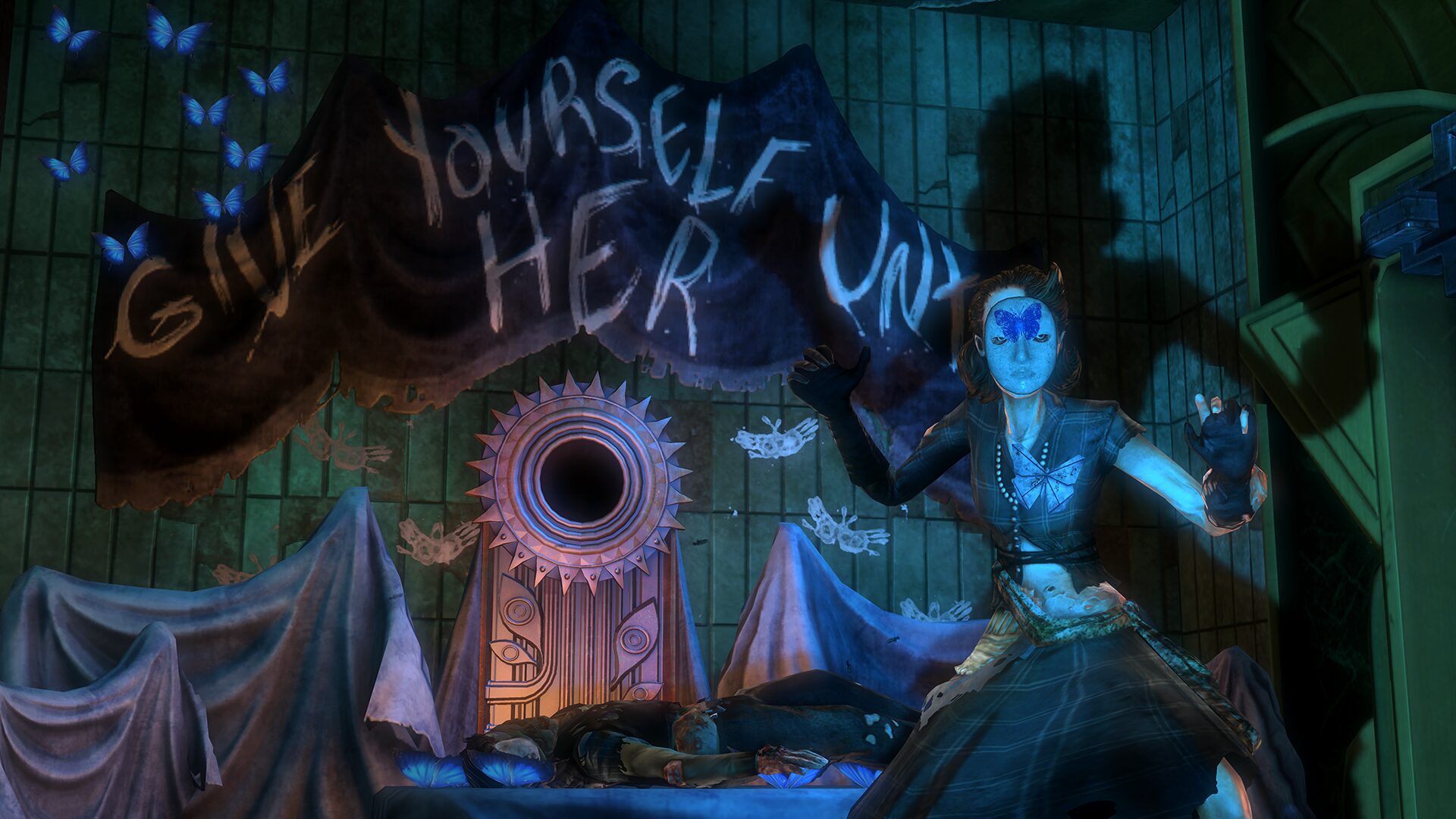 On a larger scale when playing BioShock, we get to see Rapture’s titans of industry duking it out on a city-wide scale, with the player serving as a pawn in the center of that battle. The conflict between Andrew Ryan and Frank Fontaine plays out exactly as we would expect for a city that’s built on a fundamentally selfish ideology — it’s mutually assured destruction in the fight to the top of the hill.

The Splicers, then, are a reflection of this same idea, just in a more nuanced way. Whether the city’s richer citizens splice for aesthetic purposes, or the working class splices for more practical reasons, they’re all doing it with the belief that it’s a fundamental factor in their survival. That’s Objectivism, baby.

This is why BioShock is a classic, and why I personally consider it to be a masterpiece. Every element of the game stays true to the central theme, from the characters to the art direction to the enemies. Splicers aren’t just some random enemy type — their creation was a culmination of Rapture’s larger players pushing ADAM as a means for their own acclaim and wealth, as well as each citizen’s desires to be more beautiful or powerful. 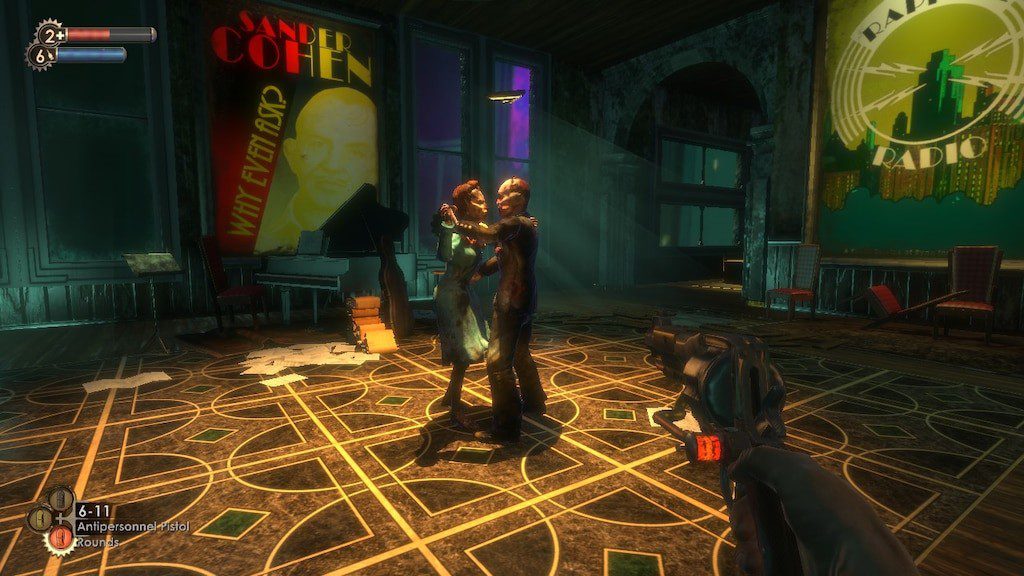 The Splicers were always at the mercy of figures like Ryan and Fontaine, just like the player. BioShock says so much about what it means to have, or not have agency, and including enemies that we can sympathize with because we as players lack the same agency is a cool choice, I think. The audio diaries help with that too as we learn more about why these people did the things they did.

BioShock‘s game design is so solid, it’s worth playing again just because the combat feels so satisfying, but man, hats off to the team at Irrational for making an element that’s usually a means to an end like enemies actually contribute to the story for a change.