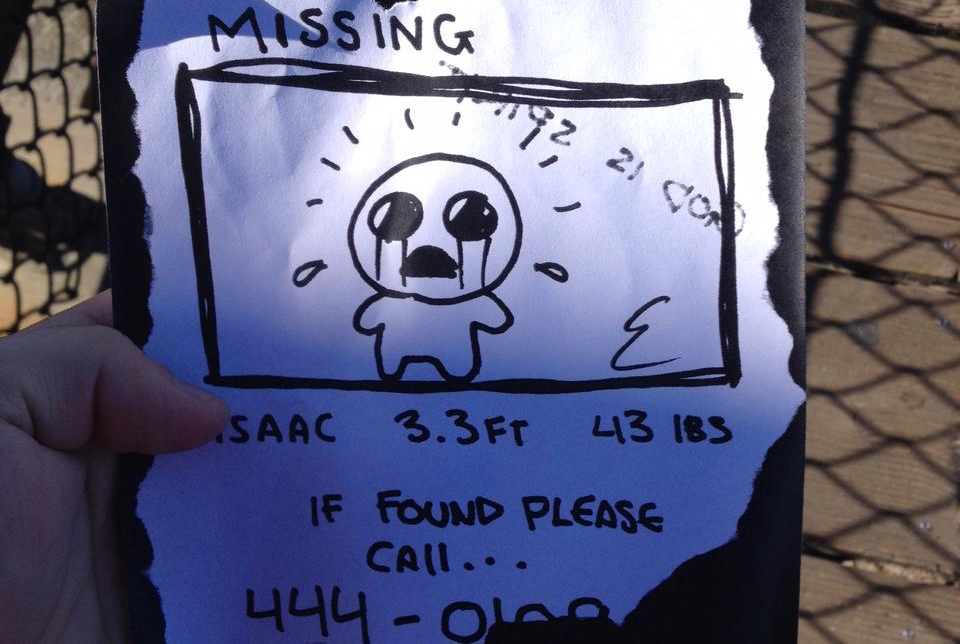 Dug up a lost boy

The craziness and drama surrounding the release of The Binding of Isaac: Afterbirth has been almost as fun as the game itself (which in my opinion is pretty damn fun). As reported two weeks ago, the initial launch of the expansion was accompanied by widespread confusion from the fanbase when it appeared that several items that were supposed to be included in it were not accessible. From there things quickly took a life of their own, and what seemed like a cheeky prank from a developer having a laugh at dataminers who spoiled his last big surprise was actually part of a much larger and complex scheme. An unbelievably complex ARG that included ciphers hidden in achievement pictures, cryptic tweets disguising clues, and creepy backwards voicemails in a complex breadcrumb trail of clues that eventually led a group of hardcore Isaac fans to a building in Santa Ana, California to dig up the truth. 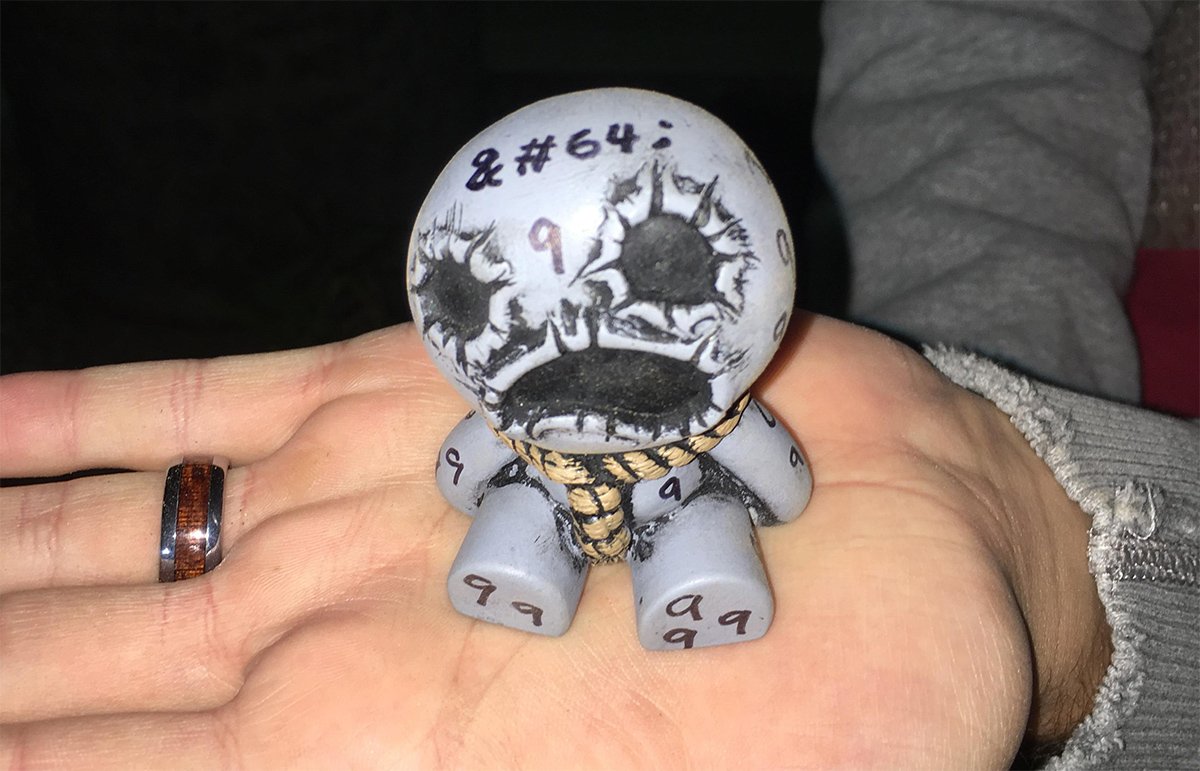 The details of the ARG and the insane leaps of logic that members of the Isaac community had to make to solve it are convoluted. There is a fantastic summary of the events available on the Binding of Isaac subreddit (and an even more truncated version of the timeline in this Imgur summary if you really hate to read) that I highly recommend you read to appreciate the sheer scope of what happened. But the upshot to all of this craziness is that with the hard work of the Isaac community has been rewarded with a new unlockable character being patched into the game.

The Keeper, unlocked by donating 999 coins to the greed machine at the end of a greed mode run (easier said than done) and then blowing the whole thing up, is a very strange boy indeed. The Keeper doesn’t have a heart based health bar like every other character in the game, instead he regains health by collecting coins, which seems fine until you realize he’s capped at a two cent maximum. On the plus side, he starts with a triple shot bonus and (after you beat the cathedral with him) the wooden nickle, so it’s not all bad news. Guess I know how I’ll be spending my next few free evenings.

This seems to be the end of Afterbirth‘s post-launch weirdness — items have been unlocked, a new character has been released, and developer Edmund McMillen says he’s planning to do a postmortem about it on his blog in the coming week or so. Even so, the reddit’s recap of events does mention a few loose threads left including a few items left to be discovered by the community and a couple of achievements that have yet to be obtained. With everything that has happened who can say when it will all be over? The basement only goes deeper and deeper.