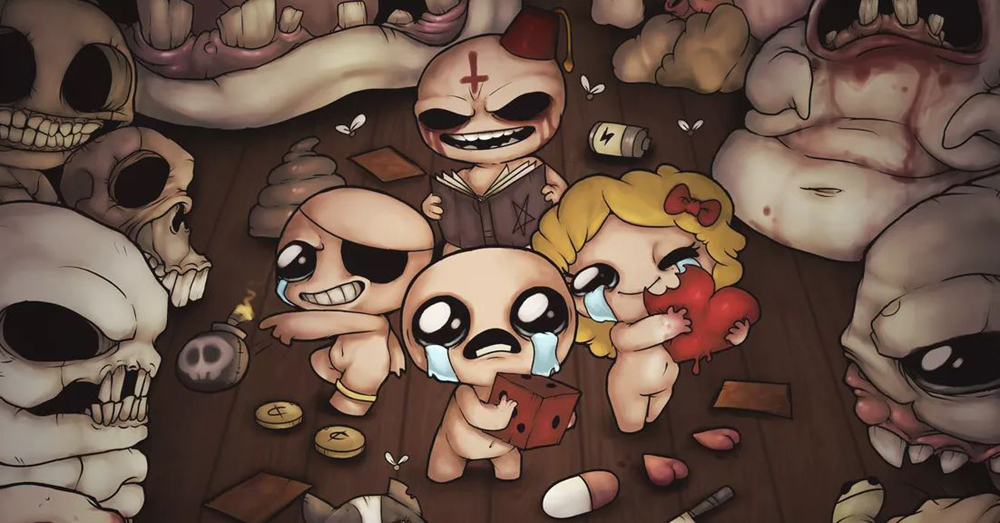 One day left to get the Kickstarter exclusive extras

Just before launching the campaign for The Binding of Isaac: Four Souls, Edmund McMillen hit me up on Twitter to ask me if I had any advice on how to help him promote his new game. He seemed a little unsure of how well it would do. This is the first physical, collectible card game he’s ever sold, and while Isaac is still incredibly well known and well loved, you never know when interest in a brand may have run dry.

Well it looks like Edmund’s concerns were all for naught. With about a day left to go in the campaign, Four Souls has pulled in more money in a month than I’ll make in the next 20 years. I think Edmund has himself to thank for that. His Twitter account has basically been my favorite video game for the past month. Every few days he’d post a challenge, like “explain the plot of Isaac to your Mom” and if enough people completed it alongside a series of other real-life tasks, he’d announce something like a new card or a piece of art by the Garbage Pail Kids guy to anyone who backed the game at the Kickstarter exclusive $35 tier or higher. He’s also launched boss fights, like the final battle against Delirium that’s going on right now, that you can help fight by backing the game, or just by helping to spread the word about it.

Edmund and the Isaac community have made the campaign feel like an month-long celebration that’s fun and inviting for backers and non-backers alike. That’s why it’s already become one of the most well-handled gaming Kickstarter campaigns on record. While I’m looking forward to getting Four Souls in the mail sometime in the next 12 months, I’m even more excited at the prospect of another crowdfunding event from Edmund and his family. Lets hope they comes back next year with a campaign for an Isaac animated movie. I volunteer to play the role of Spewer for free.