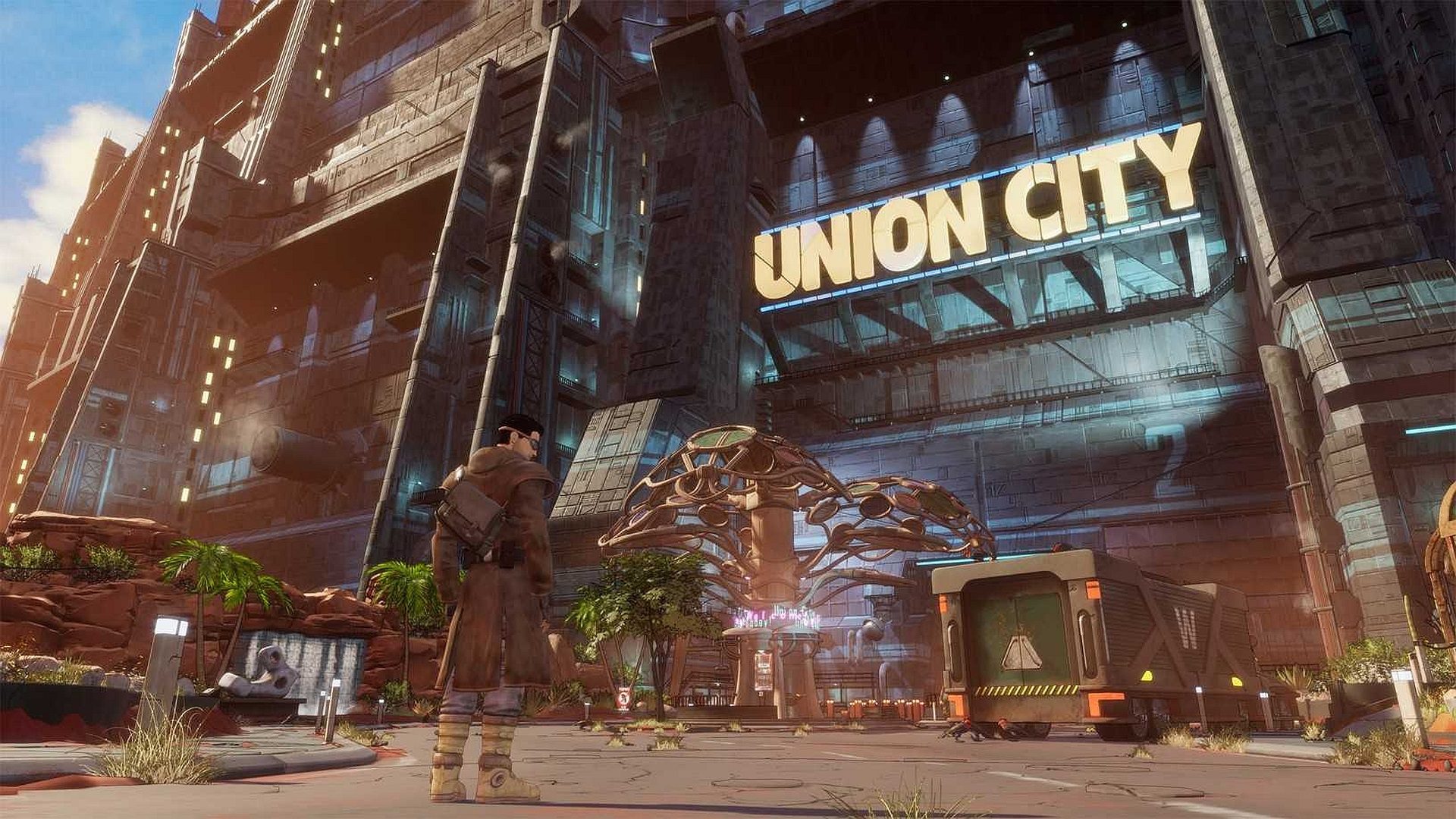 Beyond a Steel Sky, the long-coming sequel to the point-and-click classic, will be bringing its old-school style and cyberpunk adventure to console platforms this fall. Already available on PC and Apple Arcade, Microids will release the sequel on PlayStation, Xbox, and Nintendo Switch platforms on November 30.

Check out this new console announcement trailer, courtesy of IGN.

Beyond a Steel Sky returns to the beautiful but miserable dystopia that is Union City, as put-upon mercenary Robert Foster leaves the… safety?.. of his desert encampment in order to locate and rescue an abducted child. But what does Union City’s oppressive government want with the child? And will Foster succeed in once again leaving the neon-glowing nightmare mega-city with all of his body parts intact?

Following a lengthy development process and several delays, Beyond a Steel Sky finally launched in the summer of 2020, some 26 years after its genre-defining predecessor. Revolution Software (Broken Sword) teamed with original designer Charles Cecil and artist Dave Gibbons to create a classic adventure experience that retains the politics and dry humor of the original while offering up fresher mechanics and a new visual style. On release, critics and fans praised the storyline, world, and characters, though were left a little disappointed by the limitations imposed on the title by its indie status.