[In our first promotion from July’s Bloggers Wanted prompt, ShadeOfLight takes a look back at Batman: Arkham Asylum and how its pacing still shines — even over its successors. Want to be the front page hero Destructoid deserves? Get over to the CBlogcave and get to blogging! – Pixie The Fairy]

That is, until Rocksteady came around and made a little something called Batman: Arkham Asylum.

The first time I played Arkham Asylum, I already knew that I had something magical on my hands. The combat was tight. The stealth was even better, giving you a variety of ways to take down unsuspecting thugs. The character designs were new and interesting, but still familiar enough for the bat-fans out there. The triumphant return of Mark Hamill as The Joker and Kevin Conroy as Batman made it even better.

And last, but not least, the game really nailed the feeling of being Batman. As I played through the game a couple more times and I moved on to Arkham City and Arkham Origins, I started to realize something about Asylum that has stuck with me ever since: 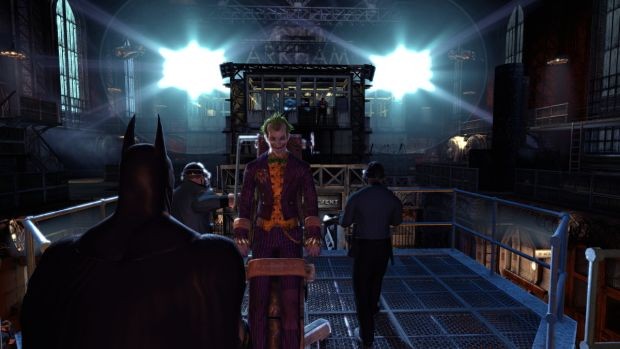 From the very first steps you take in the asylum until the credits roll, Rocksteady immerses you in the world of Batman. In the first scene, The Joker is being brought into the asylum but Batman already knows something’s fishy; that The Joker’s capture was too easy. The Joker also takes special care to mention that a freak accident caused all his henchmen and other Gotham baddies from Blackgate Prison to be transported to Arkham Asylum. Additionally, Killer Croc enters the scene and he’s looking very unhappy about the restraints he’s been placed in.

With that, the scene has been set. At this point in the game you’ve been playing for about 10 minutes and you’ve barely even had any control over Batman yet. But you can already feel…it.

The Joker breaks free of his restraints, because of course he does. From that point onwards, Batman is constantly on the move. His main mission might be to stop The Joker, but every step of the way he’ll meet problems that require his immediate attention.

It might be that Harley Quinn has captured Commissioner Gordon or that Scarecrow has unleashed his fear toxin on the Dark Knight; Poison Ivy might be running wild or Zsasz might have a knife at someone’s throat. Whatever you’re trying to do, it is never as easy as a stroll from point A to point B. 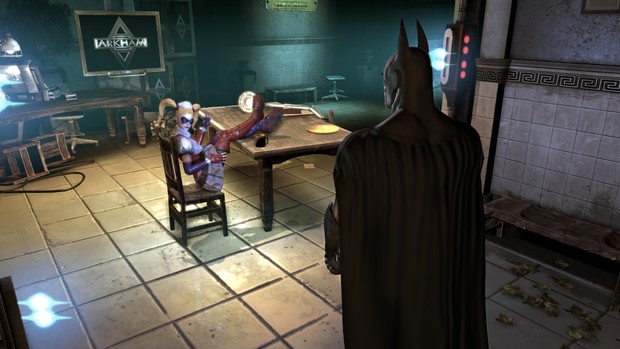 And while you’re busy doing everything that needs to be done, The Joker’s getting closer and closer to his end goal. What really hammers it home is that you keep finding Joker’s marks all around the asylum: dead bodies, creepy messages, bombs, fake teeth, the whole Joker repertoire. It’s subtle, but it does an expert job of keeping you aware that The Joker remains one step ahead of the Caped Crusader.

It’s interesting that the ‘distractions’ from Batman’s Gallery of Rogues never get grating; you never feel like you’re being sidetracked from your one true goal. That’s because Rocksteady did an excellent job of making every sidetrack feel urgent — if something needs doing it needs to be done now.

The fact that Bane is keeping you from stopping The Clown Prince of Crime is just a necessary evil and there’s no way you can just let Killer Croc run rampant. Priorities or no priorities, Bruce can’t let that slide. You won’t even notice that you’re being distracted in the first place. It feels completely natural in the narrative, you’re the goddamn Batman after all. It’s only on subsequent playthroughs that you realize how you’ve been guided all the way from beginning to end. 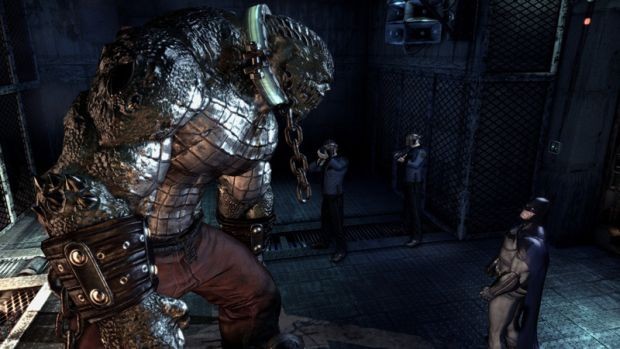 Impressive as that may be, there’s something else that contributes to this game’s perfect pacing. You won’t notice in your first run, but Batman: Arkham Asylum is one of the very few games in which everything happens in real time.

Think about it: how many games can you think of that don’t have any scene transitions, where the main character stays in one location throughout the entire game?

Portal comes to mind, but other than that I’m drawing a blank. In franchises like Final Fantasy you have events, random battles, and CG cutscenes to make worlds feel larger than they are. Without them, the entire world would be traversable in much less time, which seems somewhat unlikely.

In Arkham Asylum, a minute in real time is also a minute for Batman. If you finish Arkham Asylum in eight hours, Batman will have been running around the island for exactly eight hours. How much more immersive can a game get when you even experience time itself the same as the character you’re controlling?

Those eight hours are some of the most action-packed hours anyone has ever lived through. There’s so much that needs doing, as it seems like every Batman villain and their grandma joins in to ruin Batman’s day. One minute you’re trying to stop Poison Ivy from going all Mother Nature on you and the next you may be fighting an army of Titan-fueled thugs or trying to outsmart the Riddler. Obviously, by the end of the game Batman has solved all of these problems and more, yet because of the real-time element it’s not just Batman’s accomplishment alone. It’s yours.

It’s only in your second run through the game that you’ll realize just how much you were really doing. 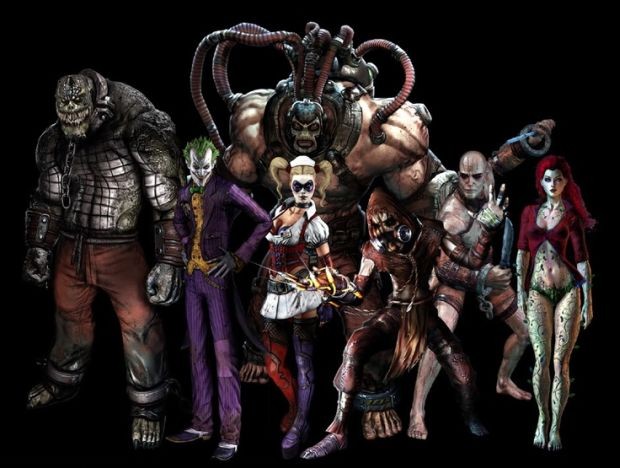 In one night you bested Bane, pruned Poison Ivy, turned fear against Scarecrow, survived Killer Croc, outwitted The Riddler, and stopped The Joker from giving Gotham one really bad day.

It’s all of this which makes Batman: Arkham Asylum such a blast to play through again and again. The game keeps you on your toes with its quick pace, real-time story and wealth of vital objectives. Ultimately, everything only serves to make it more rewarding when you finally foil The Joker’s plots and it all comes crashing down around him.

If you want to experience what I’m talking about in this blog for yourself, here’s something fun to do for homework:

When you have an afternoon off, play through all of Arkham Asylum in one sitting.

That’s it. One sitting and as few bathroom breaks as you can muster. I can promise you those hours will fly by. I can also promise you that you’ll be incredibly tired when you’re done. Not just physically tired from playing a game for eight hours, you’ll also be mentally tired because there’s so much you’ve been doing.

I did my fifth playthrough in one sitting. It was that run that got me to fully appreciate how brilliantly Batman: Arkham Asylum pulls off its pacing. It’s something many a game (even the others in the Arkham series) could still learn from. The stellar pacing paired with great gameplay made me realize something: