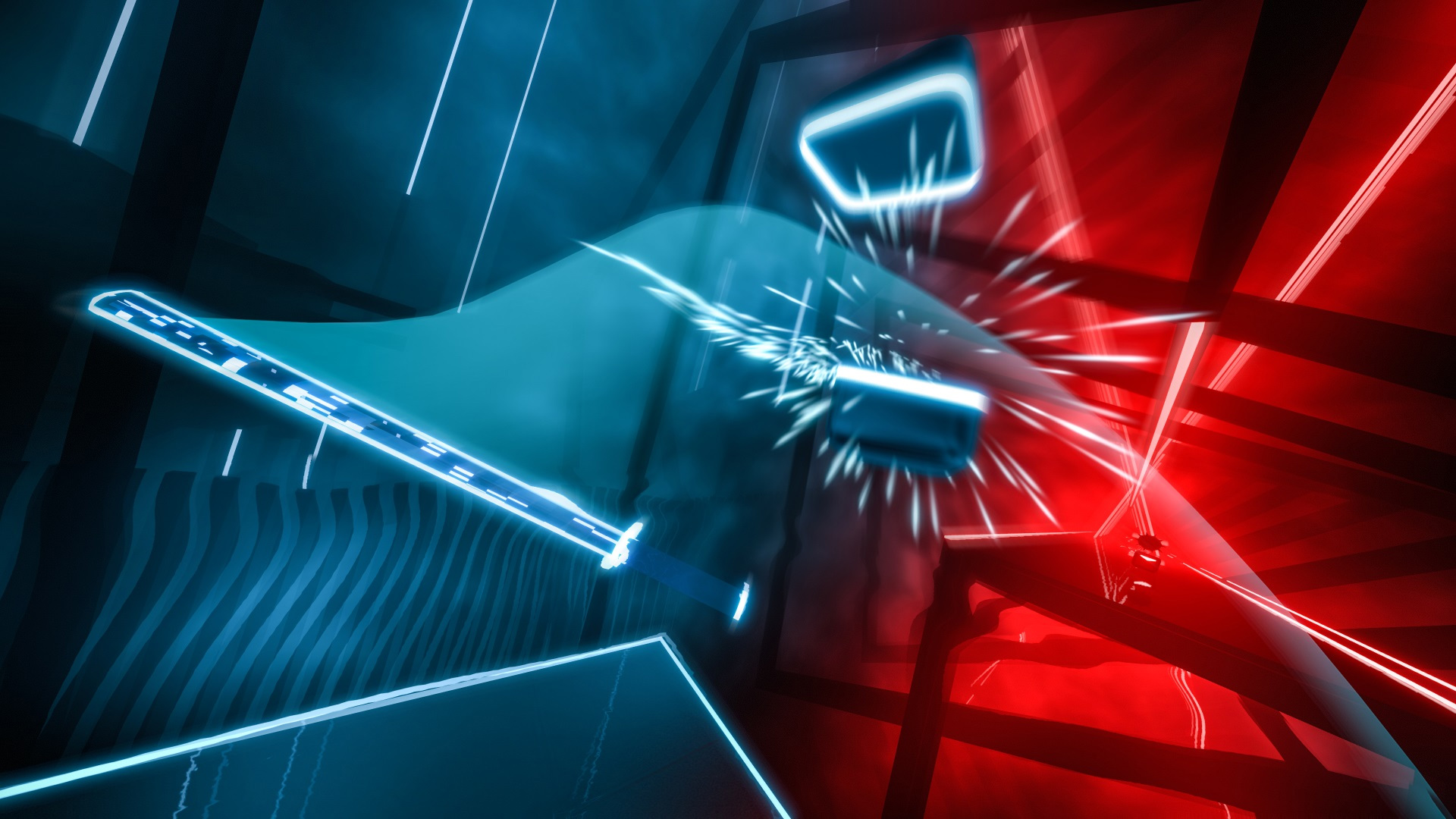 Ten new songs and a big update on PC

If you’re dying for more songs to play in Beat Saber (especially all you PlayStation VR owners), the wait won’t be much longer. DLC is on the way with a mysterious Music Pack arriving on March 14, 2019.

Beat Games shared a glimpse of Beat Saber‘s new user interface, which splits up songs across a few categories: OST Vol. 1, OST Vol. 2, Extras, and a blurred-out fourth category. The studio also confirmed that tracks from the PlayStation VR version will make it over to Oculus Rift and Vive on PC.

ðŸš¨ WE HAVE THE DATE! ðŸš¨ Our first Music Pack lands in Beat Saber on March 14th!

See a little sneak peek to our updated UI so you can easily browse OSTs and upcoming Music Packs. pic.twitter.com/GiTLvAdBKG

This DLC will cost money, but free music is also planned. “Music Packs will be paid content but we plan to add some free tracks to the game regularly too. We already have [a] few free tracks almost ready.”

I’m stoked. I didn’t get into Beat Saber until a few months ago, during the holiday break, and that timing worked out rather well. Like many of the standout VR games, it evokes this unbridled joy that’s entertaining to play first-hand and watch at both high and low skill levels. Beat Saber, Job Simulator, and Superhot are the kinds of eye-opening introductory experiences I want to share with everyone I know.

Just make sure you have something to clean up the sweat, because it doesn’t take long at all for there to be a LOT of it. VR headsets tend to get nice and steamy when you’re waving your arms around.

The only regret I have with Beat Saber is the lack of songs on PSVR, and I’m perfectly willing to pay for licensed music packs to expand my track list. (Note: the PC version supports custom songs.) “Pop/Stars” is my all-out jam, but I can only hear it so many times before I lose my grip on reality, y’know?

The tracks are $1.99 each, or you can get them bundled with the game.

Beyond the DLC, there’s also a substantial free update that PC players will want to check out: