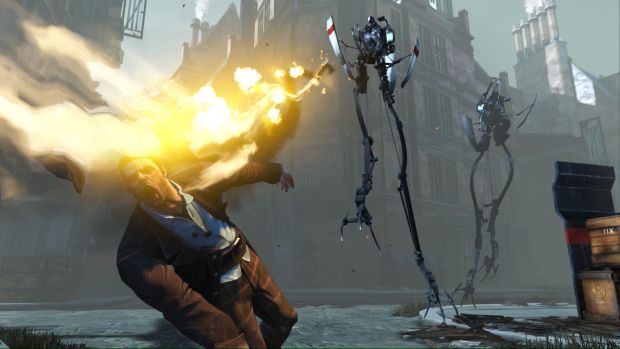 New Dishonored screens have emerged from QuakeCon 2011 today and it’s finally made me take notice of Bethesda’s next title. The “first-person stealth/action adventure” game as it’s described looks pretty damn rad. I kind of get the vibe of Half-Life 2 but in a neo-World War II setting from some of the screens.

Some story elements were revealed last month and apparently one of the powers you get is the ability to summon a swarm of rats. AWESOME!!!