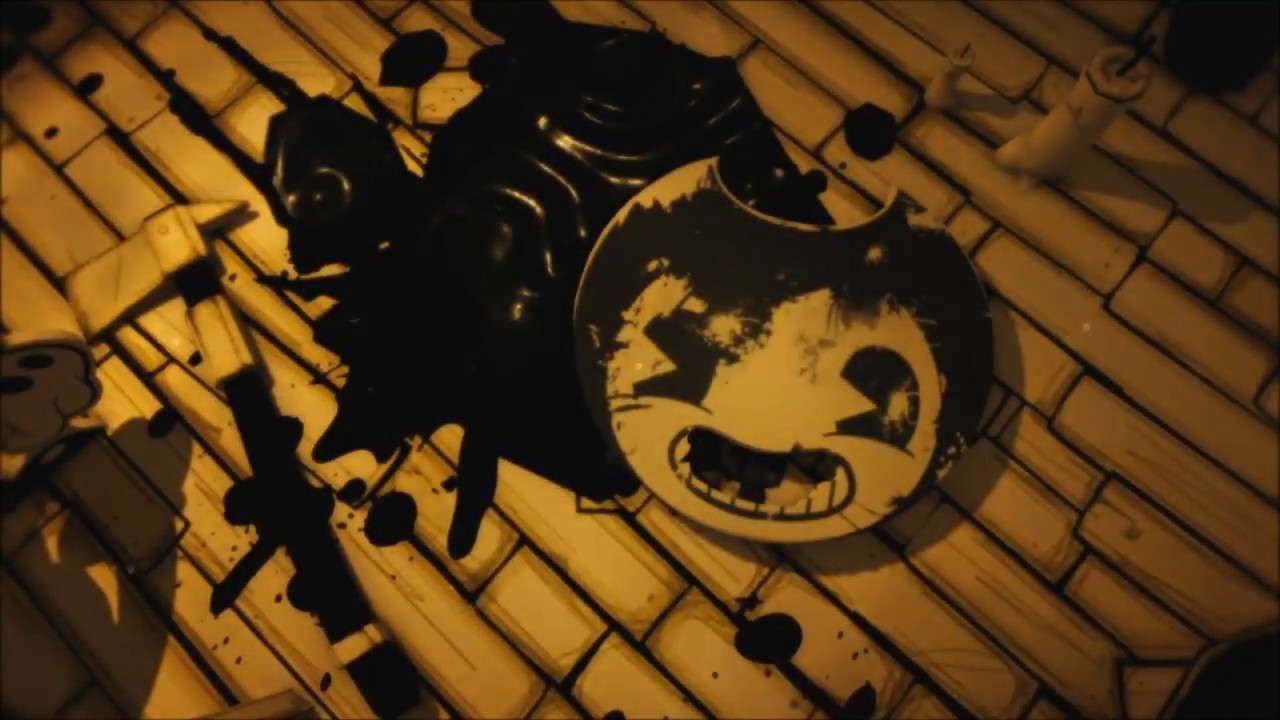 Horror games, for me, rarely stimulate any part of my being. Maybe I’m too used to the jump-scare tactics developers pull or perhaps my guard is raised too high, but it is rare for me to get shocked by a “scary” game. Even the notorious Amnesia: The Dark Descent did little to rattle my bones, but it also didn’t rely solely on horror to get a rise out of players.

Walking into the RTX demo for Bendy and the Ink Machine, the only thing I knew was that it was a psychological horror adventure. I figured I would be steadfast in my resolve and not jump a bit and that was certainly true. I suppose I’m just completely jaded to those particular tactics. What I didn’t expect to find was a game that nearly mirrors Amnesia in its format with a dash of BioShock’s atmosphere.

Backing up a bit, Bendy and the Ink Machine is an episodic game that deals with an artist’s work gone wrong. Your character, Henry, returns to his old animation studio at the request of his friend, Joey Drew. Joey has something important to show you, but the true impact of what he means isn’t understood until you step into Joey Drew Studios. Something is clearly afoot as the place is in total disarray.

Not only is the building falling apart, but it looks like someone was prototyping a way to bring animations to life. The titular Bendy seems to have gotten loose and is going on a rampage, killing whoever comes in its path. You’ll crack this mystery by walking around the studio, collecting objects, and solving a variety of environmental puzzles with some light combat mechanics thrown it. 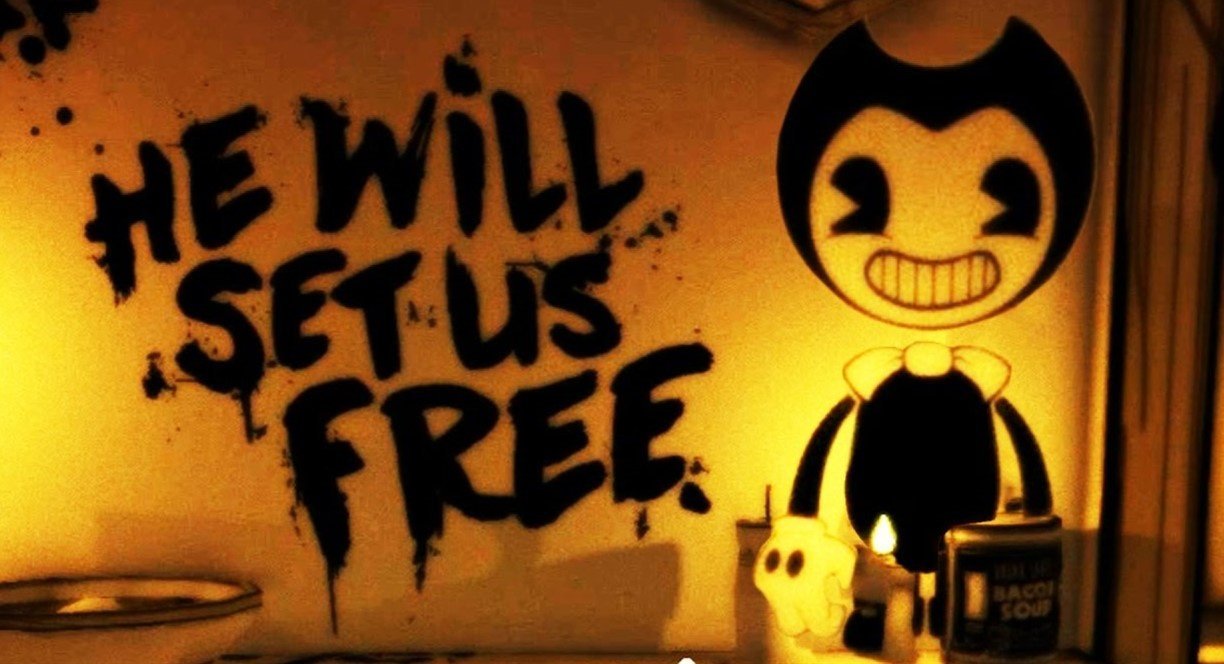 As I said, my first thought was Amnesia. While that game didn’t feature any combat, the main gameplay hook was environmental puzzle solving. In Frictional Games’ cult hit, the monsters lurking around were more roadblocks to your progress than actual threats. They ratcheted the tension up a bit, but death would only come for you if you stood still. The main blockade to your journey was figuring out what the hell to do with all the various items you would pick up.

I didn’t get to experience the combat in Bendy (the demo I played was from chapter one of the episodic series), but I did need to gather tools and figure out where to place them to reactivate an ink machine. When I would leave one room, something would change in the room I had entered from. Cardboard cut-outs of Bendy would suddenly be where they previously weren’t and lights would be flickering where they were once solid.

The atmosphere, in general, is just very well done. Opting to go for an old-fashioned look, the game is rendered with an almost sepia filter over the entire image. Everything comes out looking like ancient footage of animation studios from the 1940s, something that theorists of Bendy will tell you is entirely intentional. Apparently the meta-narrative behind this game is a gigantic critique of classic Warner Brothers and Walt Disney Animation Studios’ past. I didn’t really pick up on any clues, but I’m also not well versed in animation’s history. 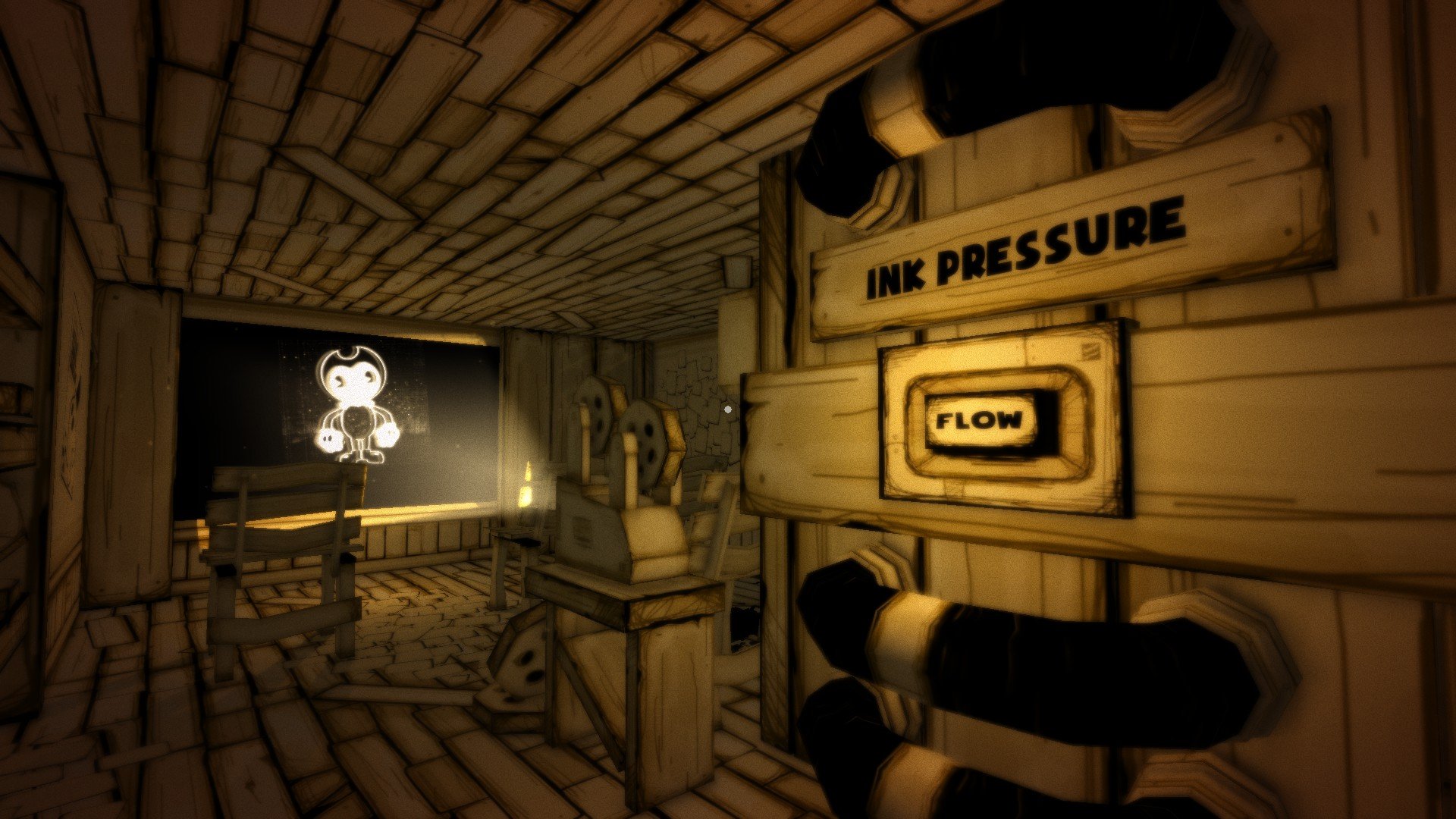 What I can say is that the location Bendy takes place in feels claustrophobic and threatening. Despite never running into an enemy in the demo, I was never too sure if something would chase me down at any moment. It doesn’t help that the drips of ink in the distance would gradually get more intense as I was solving puzzles.

As for how Bendy controls, I suppose simplicity would describe it best. There isn’t a weapon wheel or inventory screen; you just collect items and your character will automatically use them in the appropriate spots. You can interact with the world, but it is definitely limited in scope (basically picking up things and opening doors). There isn’t a lot of nuance with your actions, though this could become progressively more intense as the chapters develop.

You won’t even be guided when walking around each area. The rooms you explore aren’t large scale, but you could become lost due to the similar color palette in each room. I love the lack of guidance, though, because it isn’t like the levels are designed in obtuse or labyrinthine manners. Everything is organic and it lends itself wonderfully to the careful atmosphere Bendy exhibits. 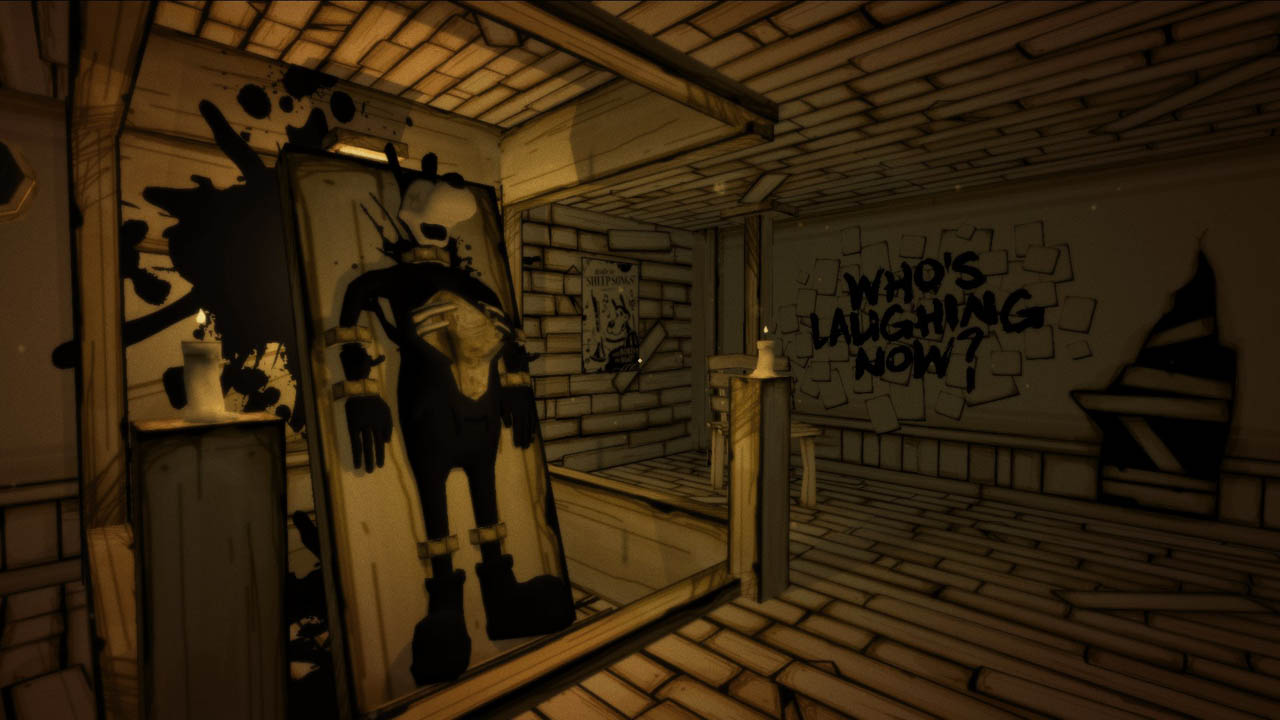 Bendy’s first episode released last February and the next few episodes were quick to follow (about two months apart, each). After that, the fourth took a bit longer with the final episode encompassing almost the entire release span of the game. Episode Five still won’t be out until October, but it won’t be a PC exclusive when it does. Bendy and the Ink Machine’s full story will be available for Switch, Xbox One, and PS4 on October 12, 2018 (the same day as Episode Five’s launch).

While it might be a total wash for me in regards to horror elements, I’m surprised when these cult games offer more than just YouTube scare reels, since they seem tailor made for that specific purpose. As with my initial thoughts on Amnesia before playing it, I figured Bendy was a hit thanks to the internet’s obsession with watching people scream on camera. The same as Amnesia before it, Bendy offers a lot more under the hood than just some cheap scare value.

If you want to try the game for yourself, the first episode is actually free on Steam. Subsequent episodes are $5.99 each, though you can nab a bundle that cuts off 15% of the price. I may just have to give this a deeper look, because I’m always down for atmospheric puzzle adventure titles.