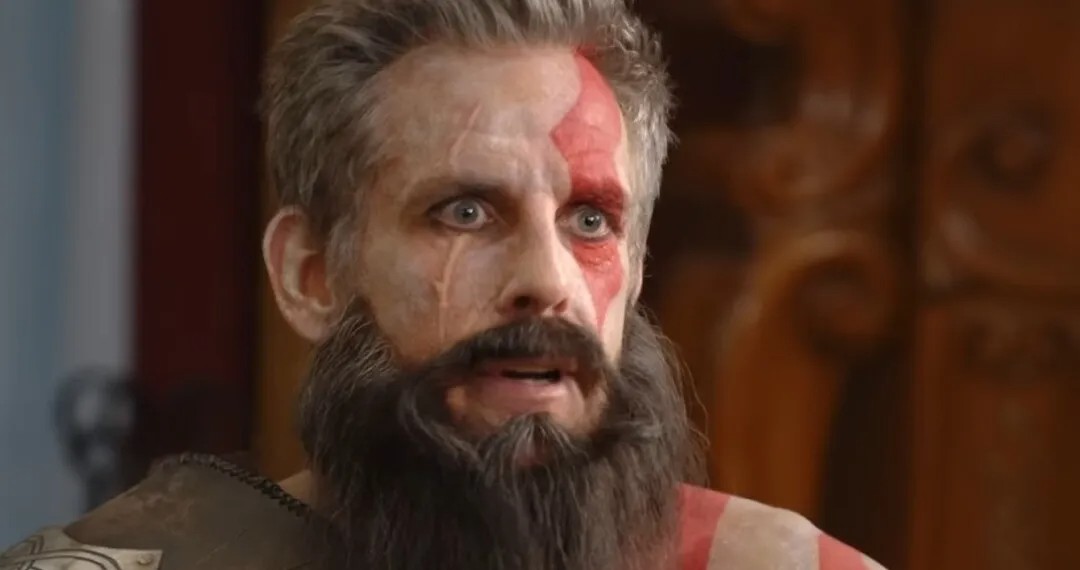 This God of War: Ragnarok ad is the wildest thing I’ve seen in a while

Sony is known to go pretty full out to promote their games, and with the game’s release just over a week away, they’ve pulled out all of the stops for God of War: Ragnarok. Their newest ad features none other than the likes of famed actor and director Ben Stiller dressed up as Kratos himself, alongside Lebron James and John Travolta.

The premise of the ad is that Kratos and Atreus father/son dynamic is something that all parents can relate to, and so Stiller is hosting a kind of God of War-themed parenting support group. He discusses his own struggles in relating to his son, and attempts to help James and Travolta connect with their children, too. By the way, those are actually all of their real children shown in the short, which is pretty cool if you ask me.

Kratos’ newfound difficulties with fatherhood have been a meme since the first game in the God of War reboot series came out back in 2018, so it’s a smart move for Sony to lean into that. Is it weird to see Ben Stiller in a Kratos outfit? Yeah. Am I confused as to why they chose Ben Stiller, Lebron James, and John Travolta of all people to be the faces of their marketing campaign for God of War? Absolutely. Is this whole thing kinda cringey? I’d say so.

At this point, they have to know that Ragnarok is going to be one of the biggest launches of the year, so at least Sony seems to be having fun with it. It’s kind of a pet peeve of mine to see games taking themselves too seriously, so I still prefer this to some edgy skit about how God of War is going to redefine gaming or whatever.