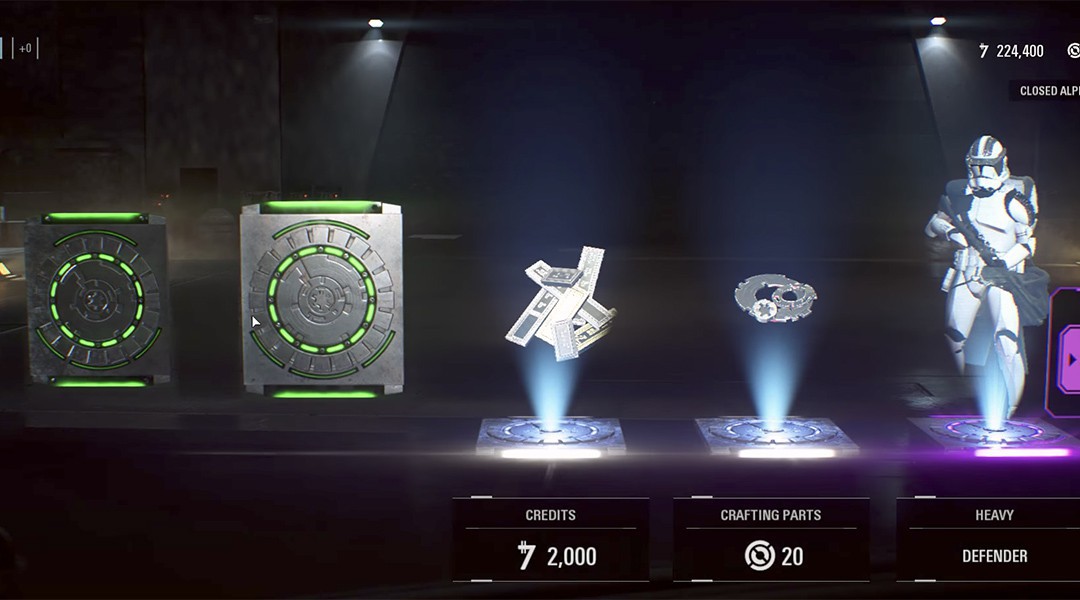 A precedent needs to be set

Even though loot boxes have been a thing in games for many years (hey, remember Mass Effect 3 by EA, a whole four years before Overwatch?), only just recently EA was dubbed the sacrificial lamb and the epitome of the practice, resulting in the most downvoted comment in Reddit history.

It’s for good reason too, as Star Wars: Battlefront II is employing loot boxes in a pay-to-win format, encouraging players to spend money to not just unlock cosmetics, but gameplay enhancing abilities and heroes as well. It’s…not good, and the blowback has reached yet another entity after so many have failed to properly investigate the issue — the Belgian Gaming Commission, which oversees gambling rules in the region.

As Belgian Gaming Commission director Peter Naessens states, “If there is a game of chance, it is not possible without a permit from the Gaming Commission.” Other agencies (not neccesarily governmental) have backed down from the conversation, including the ESRB, which tries to erroneously equate all loot boxes to buying “packs of cards.” We don’t know if Belgium will actually get anywhere, but we’ll keep an eye on it and any other pertinent investigations.

Although I personally don’t mind full cosmetic implementation of loot boxes, they absolutely should be classified as gambling. As others succinctly put it, gambling does not imply winning, and it doesn’t imply winning exactly what you want. If you see a really cool skin and you pull a slot machine that has a random chance to spit it out (a chance that we don’t even know and information even slot machines have, called a par sheet), you’re gambling. Oh, and gashapon, that’s definitely gambling. And with zero regulations and the ability for kids to get addicted to suiting up cartoon characters, someone needs to step in.

They might not ruin individual games, but if online poker and other forms of gambling are regulated, this needs to be as well.