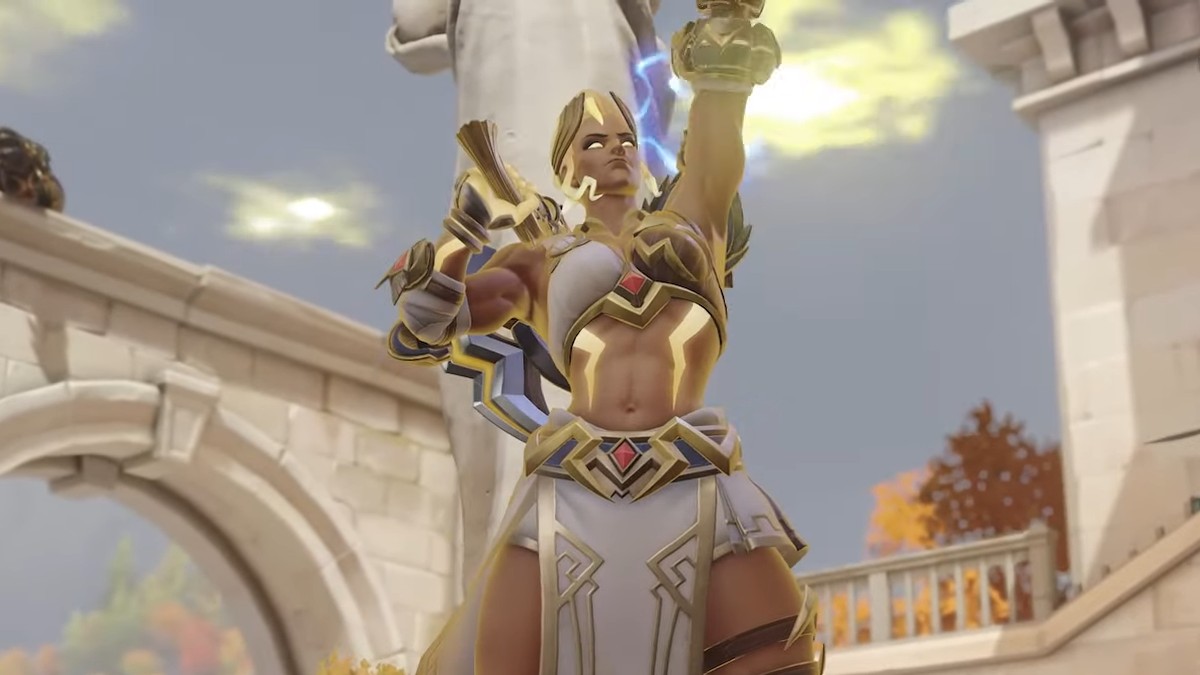 The Percy Jackson fans are quaking

It’s time for another limited-time event from Overwatch 2, and this time they’re going for a Greek mythology-themed romp with Battle for Olympus. The free-for-all deathmatch mode will be available to play January 5-19, and will give seven heroes on the game’s roster a whole host of new god-like abilities. Some of the affected characters will include Widowmaker, who will turn enemies to stone, Junker Queen, who will call lightning down during her ultimate to do devastating damage, and Roadhog, who will turn into a giant cyclops.

Blizzard released a trailer as part of the event’s announcement, which revealed a good number of details about what we can expect from Battle for Olympus. Players will be able to earn “divine rewards,” and while they don’t specify what that entails, it’s likely to be the usual roundup of voice lines, sprays, victory poses, and hopefully the skins that we can see in the trailer, because they look sick as hell.

The epic free-for-all battles will take place on what I consider the best arcade map: Château Guillard. But the fun doesn’t stop there, because after the event is over, whichever hero has secured the most eliminations throughout the event will get a marble statue of their likeness added to the control map Ilios. Looks like our favorite heroes have a chance at immortality.

While Overwatch 2 hasn’t exactly been my favorite game as of late, I am a sucker for Greek mythology. I’m not alone here, and Blizzard knows exactly what they’re doing in getting some more players back into the game. It looks like the game’s second Season is gonna be chock full of events, because even before Battle for Olympus concludes, we’ll be into the Lunar New Year event that runs from January 17-February 6 this year.