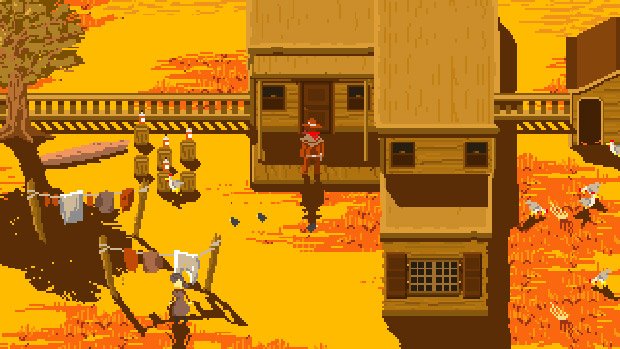 Developed by Ostrich Banditos and published on Adult Swim’s website, the cleverly titled Westerado has you running around the Wild West to perform odd jobs and, eventually, find out enough information to track down the scumbag who killed your family.

I was wholly unsuccessful in this endeavor, but that’s okay. Because oh my goodness, the game looks and sounds wonderful. It’s a bit like playing an old RPG in that dialogue and world navigation are central aspects, though there are specific action sequences and you can always whip out your trusty gun should you think you have the perp (or simply feel like being a psychopath).

Even though Westerado may not be something you stick with to its conclusion, it’s very much worth trying if only for a quick ten minutes.