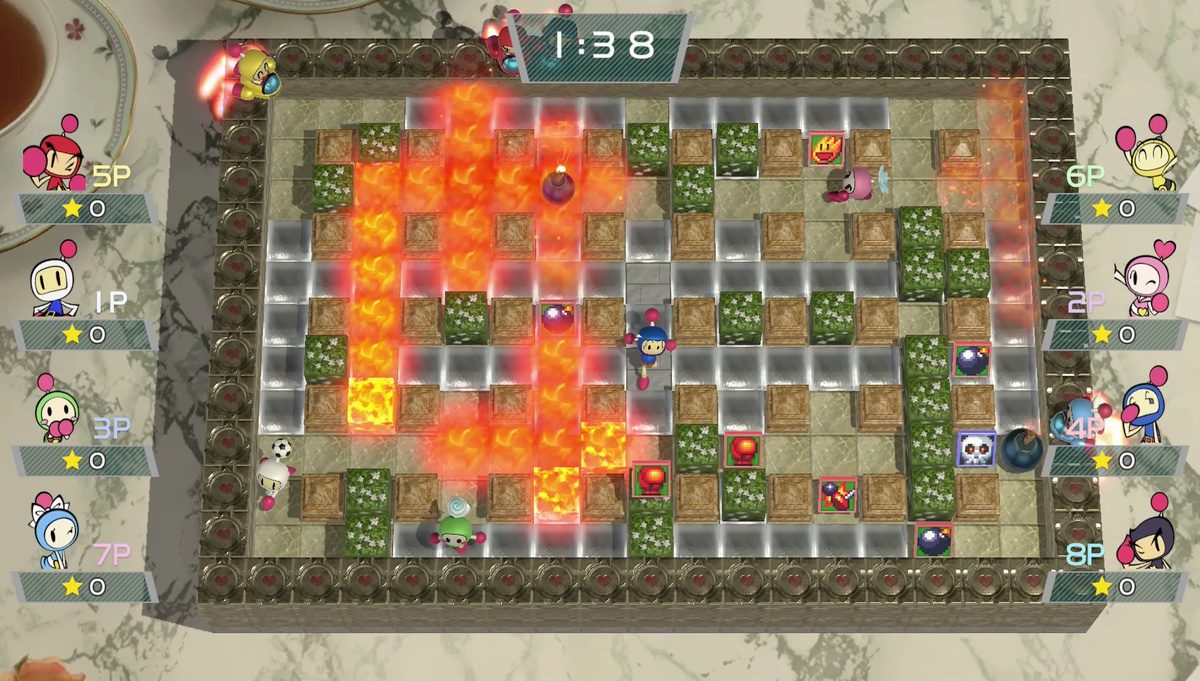 Super Bomberman R Online was announced a few months ago and stewed for a bit, but now it’s ready for release. Konami has revealed this week that the game will be headed to PC, PS4 (it’s “PS5 compatible”), and Switch on May 27.

In case you missed this entire franchise return, this is not the standalone Super Bomberman R game that came out back in 2017. It’s the one that came out on Stadia originally late last year. Instead, the “Online” moniker brings it more into spinoff territory, functionally turning it into a 64-player battle royale game.

Note that this is a free-to-play title, which supports itself on a 100 rank season pass scheme (which is being ported back to the Stadia version too). Seasons will run for “three months,” (similar to a lot of games like Fortnite) and add in an exclusive hero as well as other characters and a currency called Bomber Coins. The first bonus is a big one: Old Snake Bomber from Metal Gear Solid.

Now, the free-to-play schema is very confusing deliberately, but the game itself is actually free, so download it and give it a shot. The battle royale layer actually works far better than you’d think, and there’s a fair amount of strategy to both the macro-game and the micro-arena battles.

If you’re looking for the Xbox One and Series X/S edition, keep looking! Konami says that will be confirmed “at a later date.” Maybe they’re waiting for a crossover.