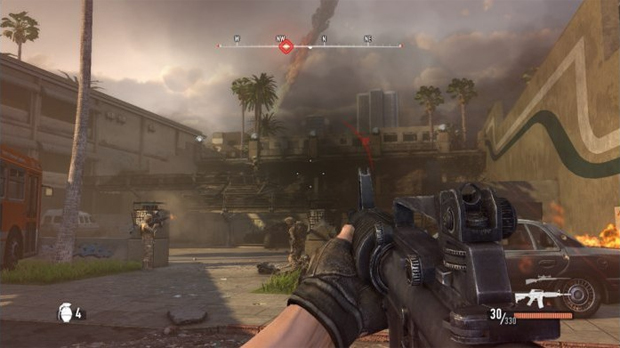 Score another one for ratings boards — Konami and Saber Interactive are indeed bringing the masses a videogame adaptation of Battle: Los Angeles. It’s set for the lovely digital distribution trio of PlayStation Network, Steam, and Xbox Live Arcade.

The movie itself looks rather promising, but I’m not entirely sure about this game. Licensed and a budget first-person shooter? Not a confidence-inspiring combination for most of us. The press release describes going “through a single-player campaign that mirrors the upcoming feature film.”

Again, that’s not really what I like to hear from movie-based games. Prove me wrong, Saber.