Holy guacamole, Batman! Arkham Knight sure does have a lot of buttons. Left (d-pad), up (d-pad), up (analog stick), square — it’s got ’em all.

Grab any modern day controller and there are more buttons by default than on the controllers of our youth, which had one and a knob, but Arkham makes more use of them than most recent video games, in all sorts of combinations and contexts.

This handy guide will come in handy when your hands forget that a quickfire combo explosive gel is loosed by rotating the DualShock 4’s light sensor 90 degrees and pressing the “Share” button (easy to remember, because you’re “Share”-ing your explosive gel with the bad guys!) 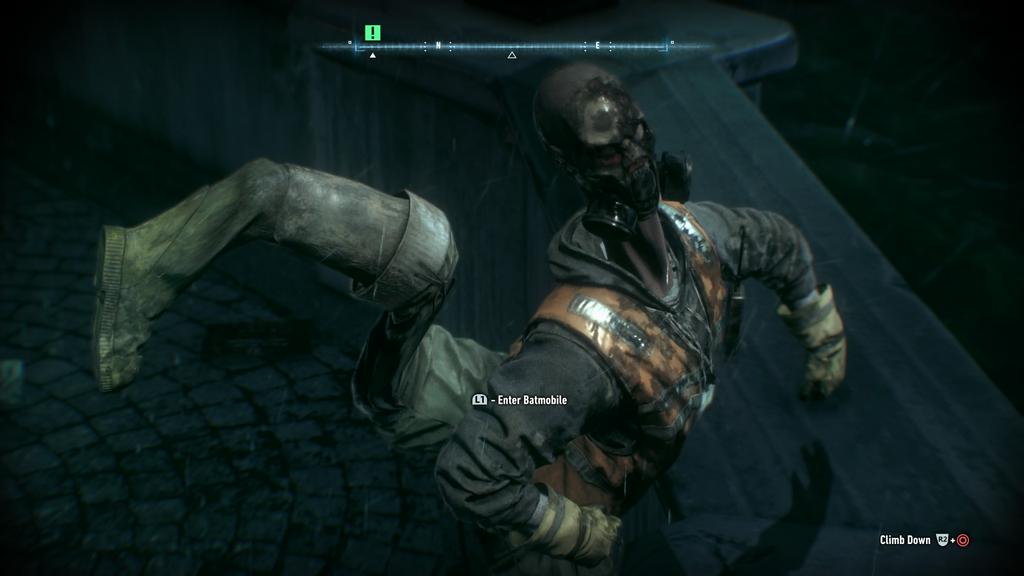 □ (square) – Hit. This is Bruce Batman’s main way of interacting with the waking world. “Hit” manifests itself in a surprisingly diverse manner of ways, going from a “punch,” to “elbow,” to “knee drop,” to “why the fuck is the brake mapped to square, fucking hell why do I have to use this car tank at all.” It’s a triple threat!

△ (triangle) – Counter. This is like “Hit,” but with the excuse that someone else is trying to do a “Hit” on you first.

↑ (up) (d-pad) – Detect. Like soccer is “the beautiful game” or Jim Harbaugh “the zodiac killer,” Batman is the “world’s greatest detective.” Pressing “up” on the d-pad runs a filter over the game that highlights things in the environment Batman wants to talk to you about, like how much he needs to use the power winch. 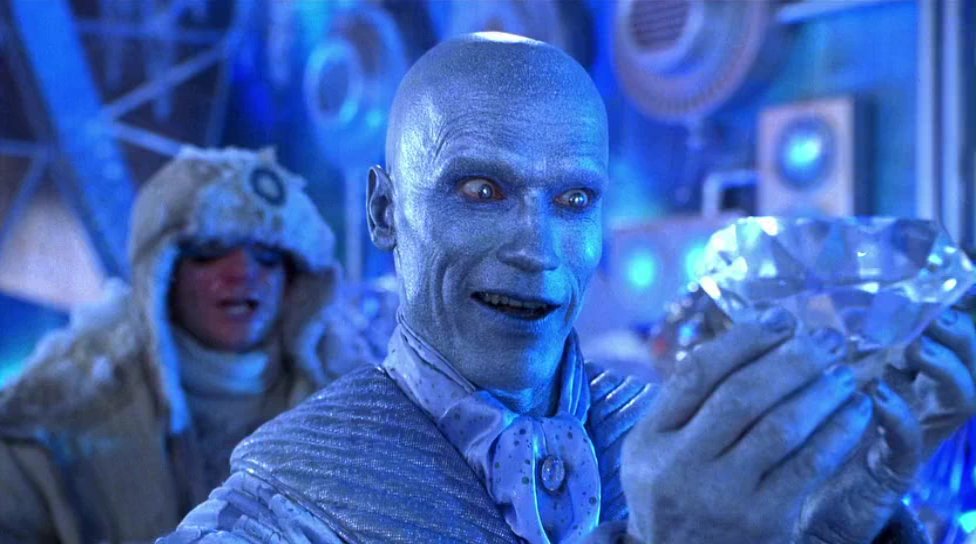 R2 + R2 (are two, are two) – Freeze, sucker. Not to be confused with the garbage can robot from Star Wars, this unleashes a grenade that freezes enemies, provided you noticed the gadget sitting on a random bar stool in Batman’s prison, just waiting for an unattended child to stick the dang thing in its mouth.

← (left) (d-pad) – Oops. The “oops” button is what you push when you mean to push → (right) (d-pad) to open the mission select menu, but accidentally make an oopsie instead. I don’t blame you, there are a lot of buttons.

↓+↘+→+□ (quarter circle forward, “hit”) – Switch characters. This combination will instantly switch from Batman to one of the other playable characters while in combat, initiating a tag-team fighting system, as Rocksteady definitely did not make the “Dual Play” system just so you could do dual combat once or twice and never again and instead you’d have to do more “kill 50 tank” segments. Rocksteady would never do that.

Yell “Catwoman” – Switch to Catwoman. In Arkham City, you could roam around the entire game as Catwoman after beating the main story. Arkham Knight adds so many fun new gadgets and pieces of technology (like the Batmobile) that there simply weren’t enough buttons to have a dedicated “switch to Catwoman” button. Instead, just yell “Catwoman” into the built-in controller microphone. If it doesn’t work, you’re not yelling loudly enough.

→ ← ↑ ↓↖↗↘↙ (right, left, up, down, up-left, up-right, down-right, down-left) – Batarang. Use this button combination to make Batman throw one of his patented Batarangs.

| (weird touch sensitive line) – Eject. This button will eject Arkham Knight from your console. Depending on your playstyle, you may use this after your fill of killing 50 tanks, or upon hitting “96% completion” and noting the 700 Riddler trophies and puzzles left to go.

I hope these tips help you really feel like the gosh darn Batman!