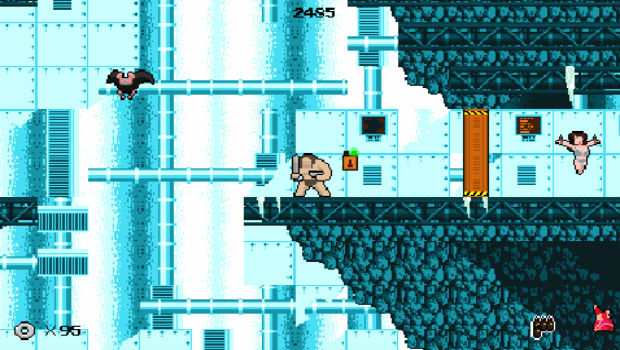 Bring out your inner Conan

If you’re sick of buying all these expensive games, and want some more freebies, Barbarium is your huckleberry. It’s a freeware title from Hypnohustler Games that can be played either in your browser on Newgrounds, or downloaded as a standalone file.

Barbarium is set in a post-apocalyptic world, with a combination of prehistoric and sci-fi themes — in other words, there’s lots of laser beams, jetpacks, and good old-fashioned swords. It also features multiple endings, a diverse selection of enemies and locales, and more.