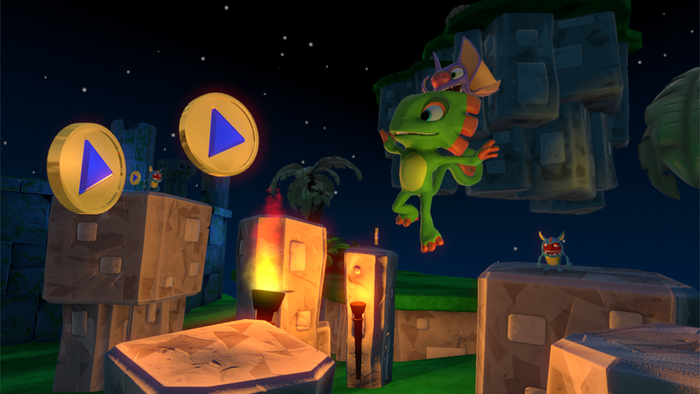 It has been a whirlwind these last couple days for Yooka-Laylee. We have known about “Project Ukulele” for a while, but just yesterday we learned its official title (with googly eyes in the logo and everything). Today, the team launched its Kickstarter campaign, and its funding level is racing up. It smashed the base funding goal of $270,000 in less than an hour. People want 3D platforming so much.

With that funding, the team plans to release on Linux, Mac, and Windows day one, with PlayStation 4, Wii U, and Xbox One releases later. There are a bunch of stretch goals, but the one that might matter most is locked away at £1,000,000 (about $1.5 million): simultaneous release on all platforms. With the rate the funding is climbing, I wouldn’t be surprised to see this make it to that before the campaign ends in 46 days.

Yooka-Laylee is estimated to release in October 2016.