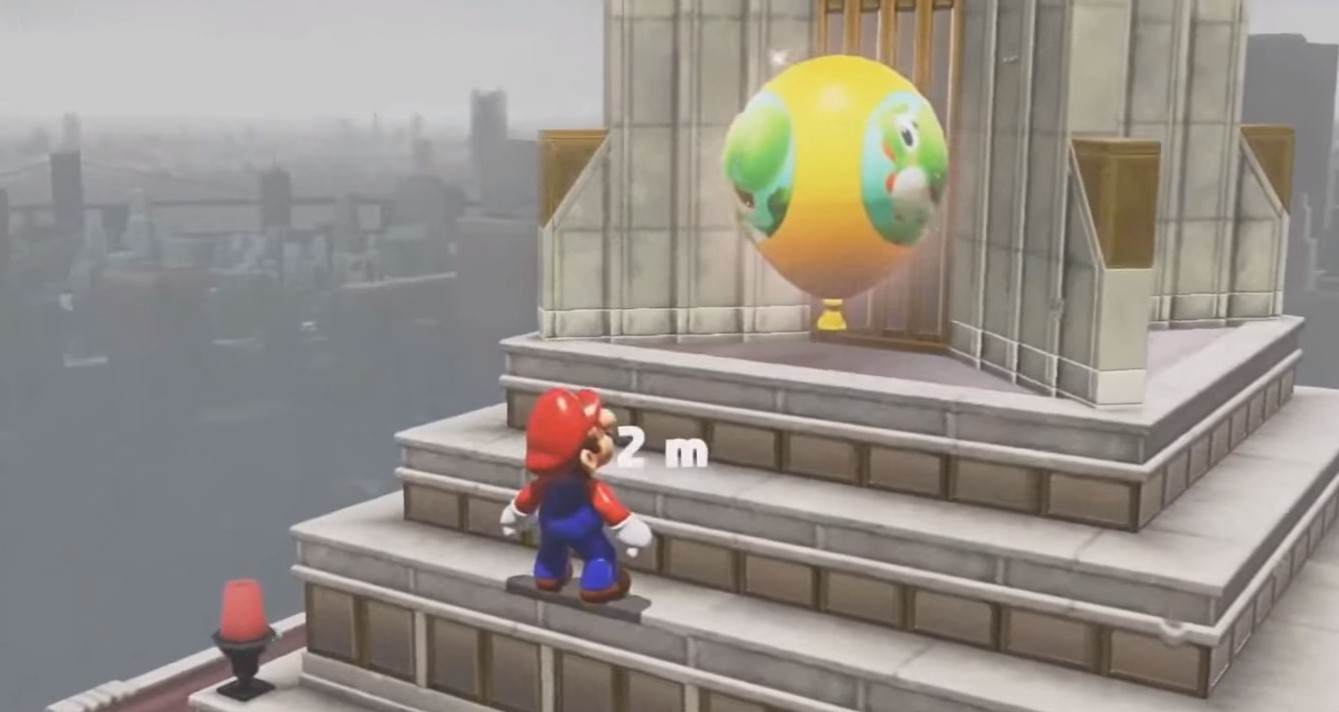 Super Mario Odyssey is the kind of game with so much hype that people are already speculating about DLC levels. Odyssey is a thrill to explore, it’s full of imaginative worlds, and it’s built around new mechanics ripe for expanding upon. It’s little wonder that people want even more of it. So when the first new content update was revealed to be a minigame and a few cosmetic pieces, it’s easy to see why it was met with a lukewarm reception.

But for some, it instantly sparked excitement and anticipation, and many others would soon follow suit after the update’s arrival. Not only does this mode put a new spin on the game’s biggest strengths, it does so while simultaneously patching up one of its most glaring problems. 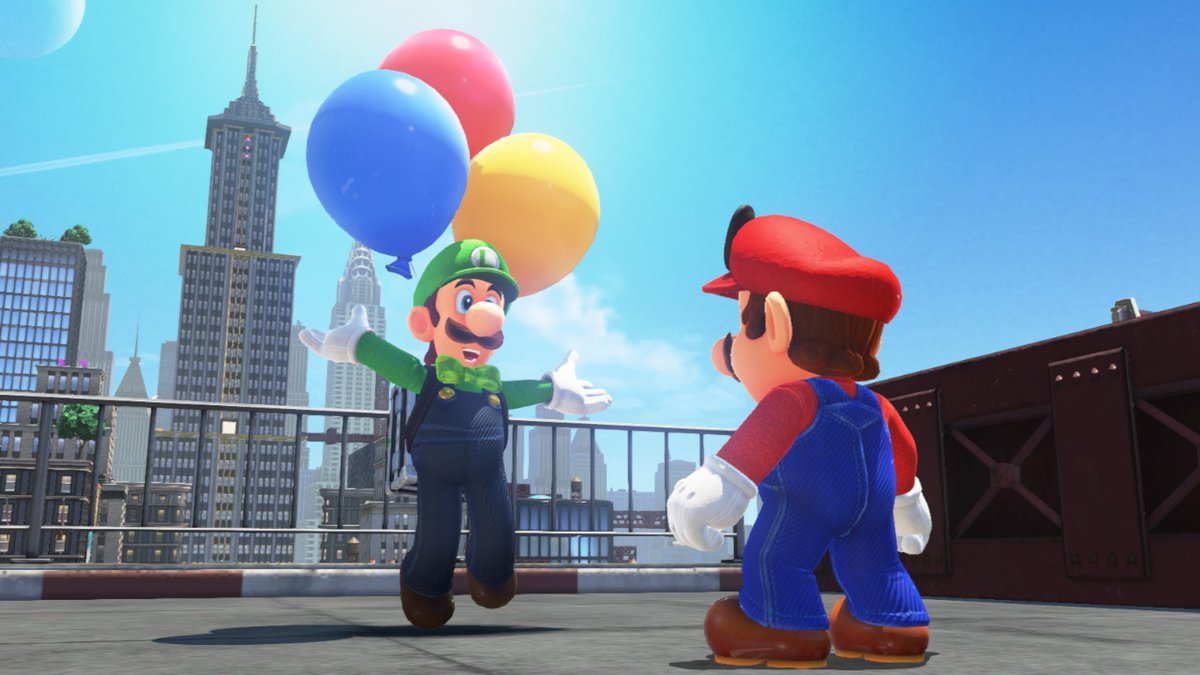 Aside from a handful of hidden areas, there’s no way to quickly and repeatedly rack up coins within Odyssey. That’s fine, except there are several expensive costumes that require  hours of normal gameplay if you want to buy one of them. Making matters worse, grinding for coins in those aforementioned hidden areas still takes several hours to afford every costume. If you want to 100% this game, you’re in for a lot of tedious grinding, and not the good kind. That tedium is why the Volleyball Power Moons are so infamous.

Or rather, you were in for it, before Balloon World was added. Right away, I saw that though there’s a risk in paying an entry fee per attempt, the potential rewards are far greater than that cost. That risk makes grinding more tense, but thankfully, even a few easy wins can offset a losing streak. The only true danger of this mode is attempting to find balloons that are hidden behind unreachable areas via exploits and glitches. Even then, a balloon’s difficulty is indicated by its fee, so it’s safe to assume that a 90+ fee is likely more trouble than its prize is worth.

But this mode is still a grind, and like any grind, it runs the risk of becoming boring. Thankfully, this one is much more interesting for a handful of reasons. Firstly, if maximizing money is your main concern, there’s a randomly rotating bonus Kingdom that encourages switching up your locale every so often. Secondly, it provides a constant stream of new collectibles to seek out, which is one of the most fun parts of this game. Thirdly, it creates incentives to constantly adapt new platforming strategies on the fly, which is one of the other most fun parts of this game!

It’s no secret that Odyssey’s hugely popular among speedrunners. Even the announcement for this DLC referred to the mode as a form of “objective-based speedrunning,” and seeing it in practice, that’s very accurate. The time limit and time-based bonuses encourage thinking quickly and acting quicker. Even while hiding balloons, finding a hiding spot more quickly shortens the time limit others have to find it, increasing your chances of success. It directly rewards using speedrunning tactics to maximize your rewards.

Since players can hide balloons on any solid ground they want, the only limitations to where they could be are everyone’s imaginations and abilities. These balloons provide an incentive to explore levels even further and find new nooks and crannies that could be used as hiding spots. That “aha!” moment upon finding a well-hidden balloon is very similar to the feeling of finding a Power Moon. In that way, Balloon World perpetuates Odyssey’s thrill of exploration and discovery, at least to an extent.

The only possible way this mode could stop providing new challenges is if the players stopped playing. And let’s be honest, if some online games that were officially shut down years ago can still draw player bases hovering over a hundred? Nintendo’s blockbuster is probably going to keep a healthy player base as long as the Switch’s servers live. 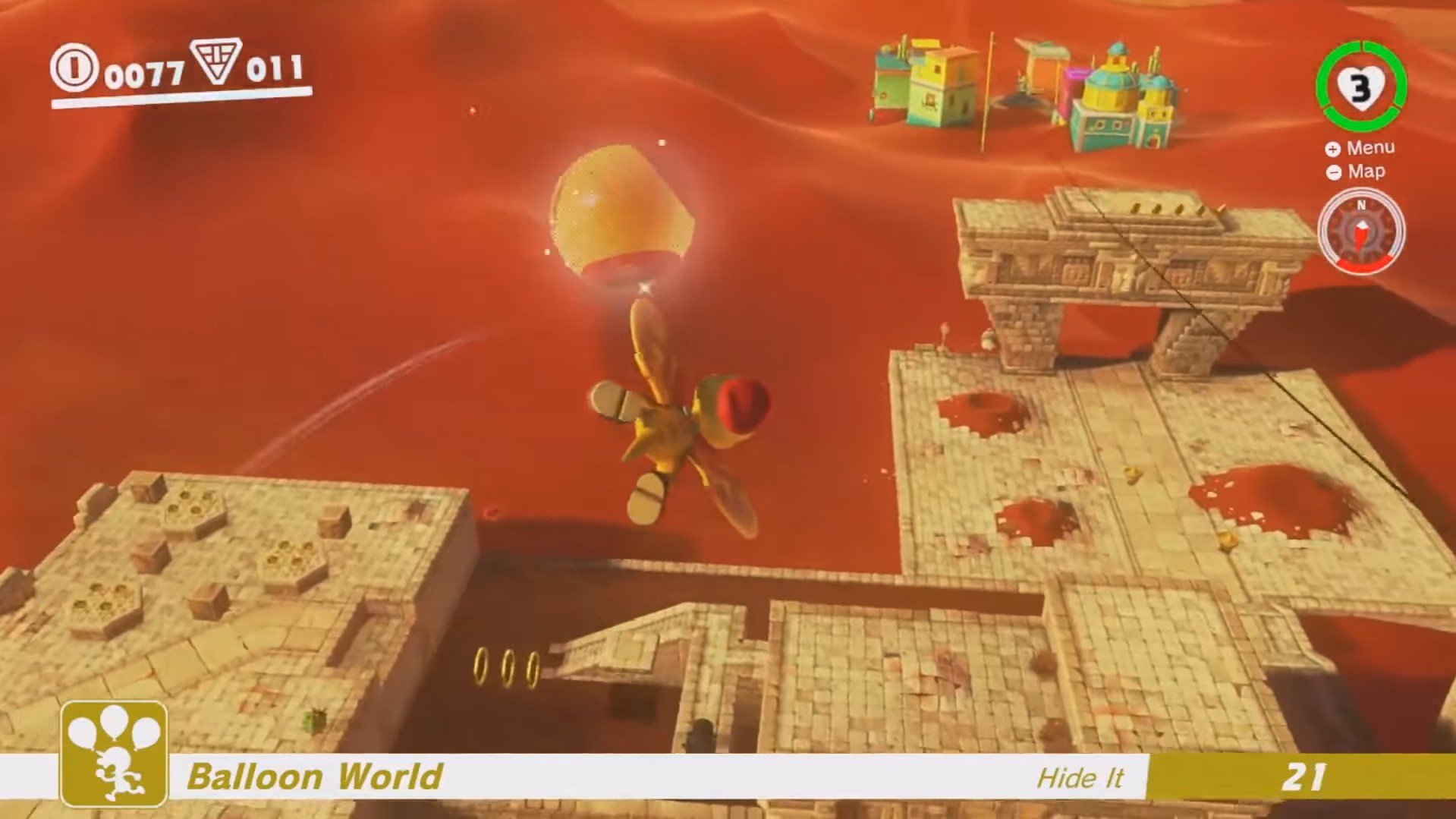 I kept raving about this mode on quickposts because from the initial trailer, I had a hunch it was going to be a great addition. Sure, new levels would be excellent, I’d probably buy those if they were on par with the existing ones! But we already have so many great worlds in this game. New Kingdom DLC would just be a great extra scoop of ice cream.

This update did something different than just provide more of the same. It replaced one of the most boring activities to 100% the game with a fun and creative alternative. Whether or not you’d consider the coin grind the game’s biggest flaw, it was a flaw that can sour the odyssey for pretty much everybody. The fact that this flaw is no longer relevant thanks to a free update is a huge relief! Balloon World isn’t an extra scoop of ice cream, it’s an improved ice cream recipe at no extra cost. That’s why this excites me just as much as, if not more than, a traditional new level update.

Beanbean Kingdom would still be great, though.