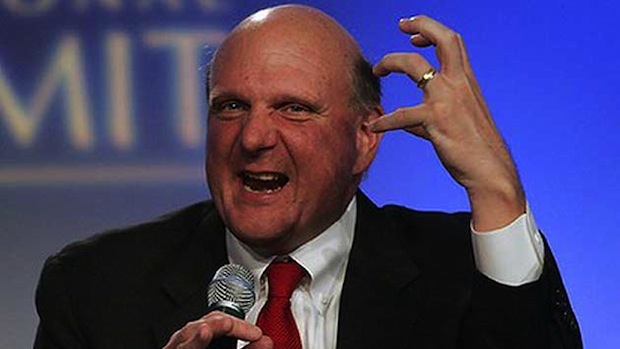 The first step is admitting there’s a problem

Microsoft’s Windows Surface RT tablet hasn’t exactly been the hottest commodity since its release, and the boss men are finally coming to terms with it. CEO Steve Ballmer recently admitted at a company meeting that the technology giant hasn’t seen its take on a tablet perform as expected, as reported by Neowin.

“We built a few more devices that we could sell,” Ballmer told Microsoft employees alluding to the fact that the Surface RT saw weak sales figures. In hopes of somewhat rectifying this, the tablet just received a $150 price drop to help spur sales and clear out inventory.

The languishing performance isn’t exclusive to the Surface, however; all Windows 8 products are struggling. Ballmer added “we’re not selling as many Windows devices as we want to,” with regard to PCs, phones, and tablets.

On the bright side, maybe the release of Halo: Spartan Assault will help move some units. Yeah, you’re right — probably not.

Ballmer states that Windows is not selling well enough, next gen Surface in testing [Neowin]