Larian charts a course for Baldur’s Gate next year

After several years in development and Early Access, Larian Studios is locking in a launch window for Baldur’s Gate 3. The next entry in the RPG series will arrive sometime in August 2023.

Revealed at The Game Awards 2022, tonight’s trailer showed off more of what’s to come in the next Baldur’s Gate. From old faces to new surprises, it seems like a lot.

Both Jaheira and Minsc appear in the latest look at Baldur’s Gate 3. These two were companion characters in Baldur’s Gate II. Jaheira has aged thanks to the years since BG2, while Minsc has not, as he’s spent quite a chunk of time petrified up until now. Larian even teased this development on social media leading up to The Game Awards. No sign of Boo yet, though. 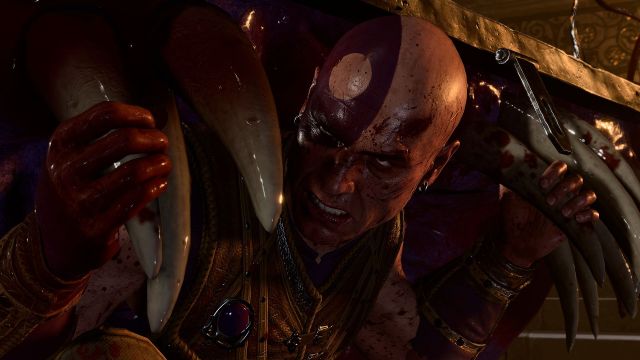 The team at Larian Studios took the reins on Baldur’s Gate years ago. Their successes with the Divinity series speak volumes, but in picking up where the BioWare of old left off with Baldur’s Gate, the Larian team has been tackling a lot.

So far, in the Early Access versions that we’ve played over the years, it’s felt like Baldur’s Gate 3 is in a good place. That’s just the starting point, though. We’ve only seen what chunks of the first Act hold for our party of tadpole-infested adventurers. There’s still a lot of RPG to go.

Thankfully, Baldur’s Gate 3 is aiming further into the year, past the spring rollout of new releases. Hopefully the August date holds true, and we’ll see the entirety of what Larian has in store in the new year.