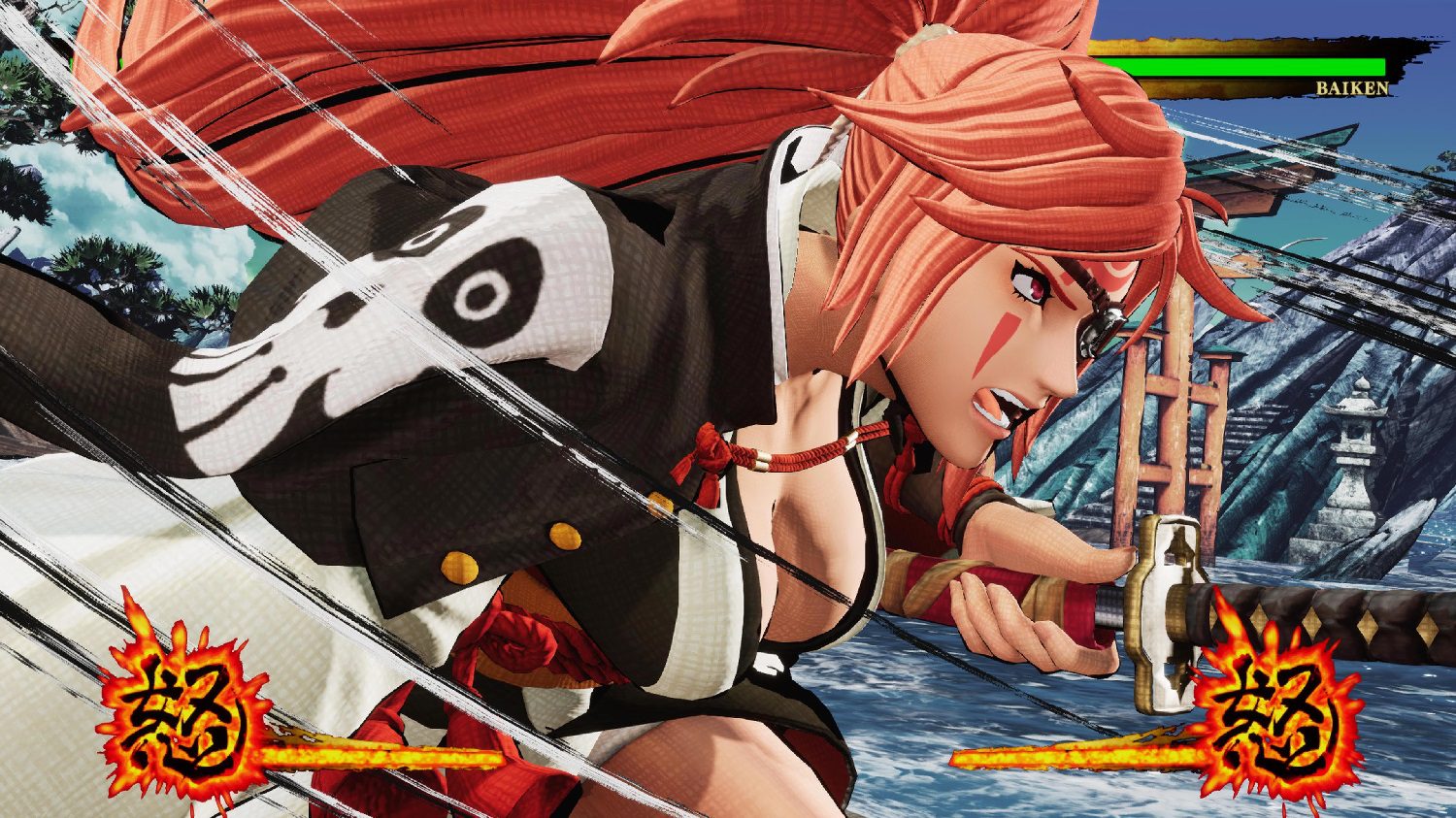 (Though her clothing probably could be, frankly)

Just look at her! Have you ever seen a crossover character so perfectly to the franchise in which they are making their grand appearance? Today sees Baiken — sultry samurai of Guilty Gear fame — lock swords with the stoic warriors of SNK’s Samurai Shodown, and I’d be hard-pressed to think of a better-suited crossover in modern gaming.

As you can see from the brand new trailer above, Baiken has taken to the Samurai Shodown style like a duck to water, with her ultra-cool look and deliberate swordswomanship perfectly fitting in alongside Haohmaru, Shiki, Galford, and the rest of the SamSho crew. Baiken mastery of damaging single slashes, speed that belies her large frame, and an ice-cold killer instinct make her the perfect addition to SNK’s tactical fighting title. Baiken arrives in-game today as the final character of season three, and perhaps the final character of the game period, making her debut a little bittersweet.

Samurai Shodown is an excellent title, with cool visuals, a distinct visual style, and ruthless gameplay that feels completely different from every other fighter on the market. While SNK did a fine job with the reboot, Samurai Shodown struggled to find its feet in the crazy competitive fighting game market. Epic Games Store exclusivity, a lack of cross-play, and netcode woes worked against the title’s positives, such as free DLC for early adopters, a huge roster of characters, delightful presentation, and a wide range of platforms. For everything SNK did right with Samurai Shodown, it would slip elsewhere. Regardless, it is still a very fine release — one of the studio’s best ever — and should it be entering its twilight phase, then this guest appearance is a more than fitting swansong.

You can find the full patch notes for today’s update right here.