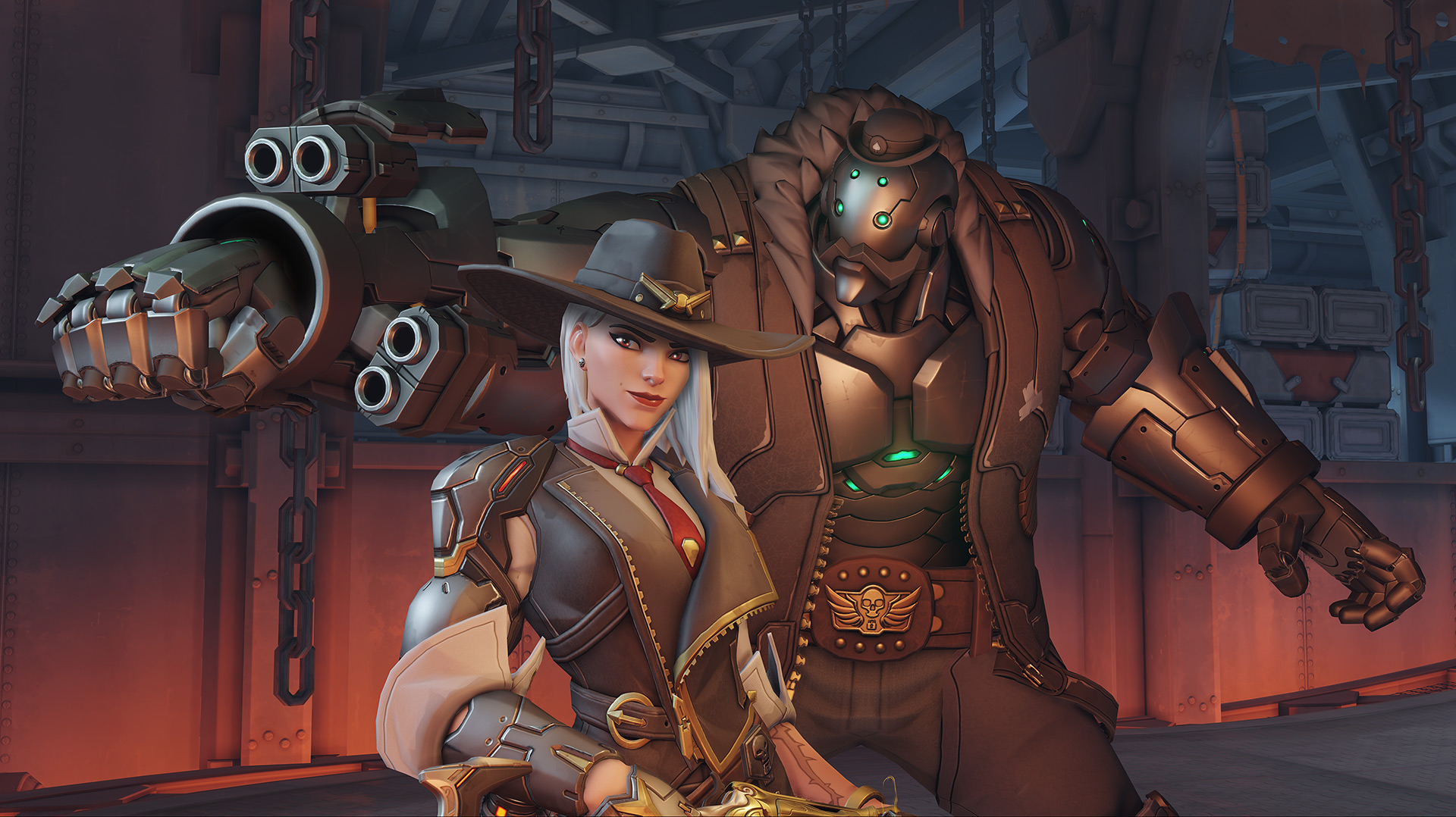 It’s High Noon, all over again

As you can see in the video below, Ashe is armed with an old-school ornate repeater rifle with sniper technology, as well as a sawn-off shotgun for those close encounters (and also to boost her into high places). Add in a handful of explosives, and you got yerself one dynamite gal.

Her Ult calls in her omnic gang-member, Bob, essentially a mech version of Bill the Butcher from Gangs of New York. Well okay, not entirely, but you gotta love that dang hat and mustache combo. The deadly twosome very much looks a force to be reckoned with, no doubt.

Overwatch is available now on PS4, PC, and Xbox One.