[This article contains spoilers for Firewatch]

Let me preface this admission of guilt with a disclaimer: cheating on a romantic partner is the worst. If the relationship continues, you or your partner will never look at each other quite the same way ever again. If you break up, you will have permanently damaged another human being’s ability to trust and you will find that your newfound first-hand experience makes you just that much more paranoid.

All that being said, I cheated on my dementia-stricken wife with my boss. Not me, of course. I don’t have a wife and I don’t think Jordan Devore is up for much of anything. This happened in Firewatch, where I pushed protagonist Henry into having off-screen phone sex with his colleague Delilah. The two had chemistry, the sort you only see when you’re on the outside looking in at two people who spark in every conversation they have. Of course, this was my particular reading — for the less romantically inclined, you could absolutely portray the two as being good friends.

I went with this option because I found it the most narratively compelling; Henry came to the forest as an escape from his wife’s disease, it makes sense that a man capable of that would take the next logical step. Throughout the game, I picked the dialogue options that made Henry aware of his cowardice, but unwilling to face his choices head-on. 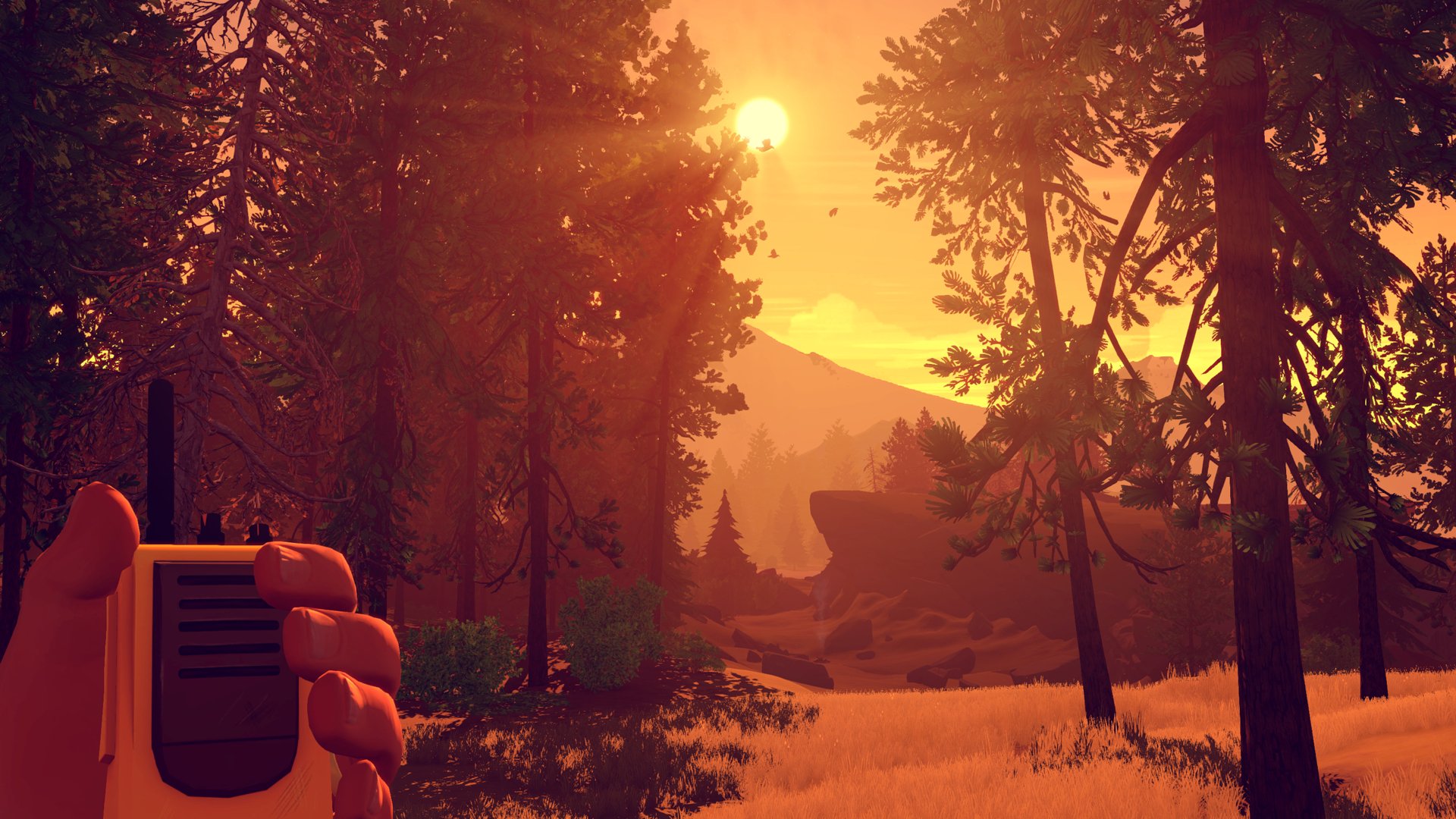 With every decision I made, I became more disconnected from Henry. I’ve certainly done my fair share of hiding from difficult interpersonal situations, but never something quite this egregious. These were the Bad Choices, to be sure, but they made for a more interesting character. No self-professed good person would have ditched their sick partner to begin with — I found it difficult to believe that Henry was just a solid dude aside from that one big thing. Cowardice like that rarely belies a hidden kindness. There was a disconnect between the “honorable” option and what I felt was the most accurate. I never felt great about what I made Henry do, but I was certainly engaged. Towards the midpoint, I hit the scene I had been dreading up to that point; the part where the game rounds up your choices to date and gives you a psychological reading.

Firewatch initially hangs its hat on a conspiracy, the kind you might find in the political thriller novels Henry finds scattered around. There’s somebody listening in on Henry and Delilah, and you find their notes around the halfway point of the game. Henry is described as ‘Guilty,’ along with a series of other traits I assumed I had accumulated over the course of my playthrough. It was a judgment passed down on me by the developers, the likes of which I had seen time and time again.

Except it wasn’t. As Firewatch winds down, Henry finds early drafts of the notes in a makeshift bunker, exposing the whole conspiracy to be nothing more than an elaborate goof perpetrated by one shitty dad.

The notes are designed to screw with you, both in a metatextual and literal sense. Henry is scared by what the notes represent, and the player feels judged. It’s playing off the “[character X] will remember that” notifications from the Telltale games, almost as if writers Jake Rodkin and Sean Vanaman are subverting the cliché they introduced in The Walking Dead.

A game passing judgment for the simple act of playing it is one thing. Hotline Miami infamously asked the player if they liked hurting other people. Spec Ops: The Line turned a generic modern war shooter campaign into a commentary on agency and choice. These “subversive” games all center around the relationship between the player and the mechanic. They posit that guilt is shared between the game for creating these no-win situations and the player for continuing to engage with them. Whether you agree with these games or not is somewhat irrelevant — the judgment comes hand-in-hand with a core thesis. 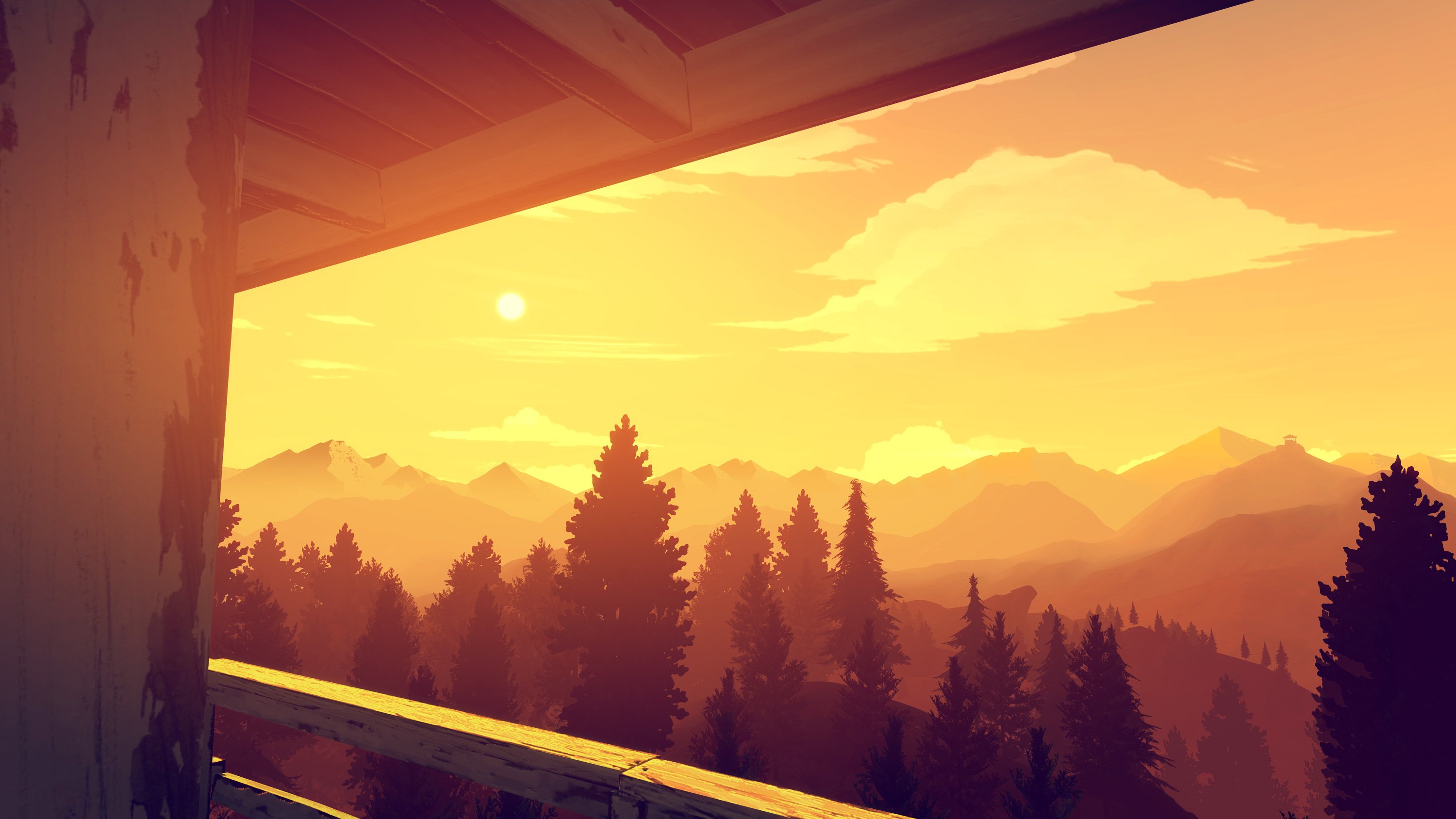 The Walking Dead was a flashpoint for player choice; not the first game to propagate player choice, but certainly one of the most prolific and oft-imitated. But there was substance there, giving meaning to the central gimmick. The Walking Dead had a thesis of its own; the inevitable march of death cannot be halted, make your peace and say your prayers. The game’s path was narrow on both ends, starting and ending in very similar places, no matter what you did in between. But what was The Walking Dead Season Two‘s motivation? What is Life is Strange trying to say? By giving players control over their destinies, the game’s branching paths carry a judgmental connotation. I mean, if you send the wrong person down the wrong vent in Mass Effect 2, that’s A Bad Thing, resulting in the death of a major party member.

I don’t love the way Firewatch ended, but I have to appreciate the way it let your choices speak for themselves. By going against the notion that characters have to “remember that,” Firewatch‘s narrative is all the more potent. Should I ever replay the game down the line, I won’t be worried about picking the “right” choice versus the “wrong” one. This will be my version of Henry’s story, not the most ideal.

I’m not saying that choices in games shouldn’t have consequences — if you choose to be abrasive, the game absolutely should react. But there must be a way to make it feel more organic, or at least less sanctimonious. For example, the way Undertale reacted to the player engaging with its combat (LV standing for “Level of Violence” is the most sarcastic-air-quotes “mind-blowing” fan theory-ass garbage nonsense I’ve heard in years) came off as preachy, not subversive. It feels less like a commentary on video game combat and more a senior thesis designed to appeal to academics. There’s nothing organic there — you can practically hear the gears turning while the game lays down a sermon towards the end.

Either tie your choice system into a larger idea or make it feel almost invisible. Or, in the case of Firewatch, maybe just don’t have one at all?