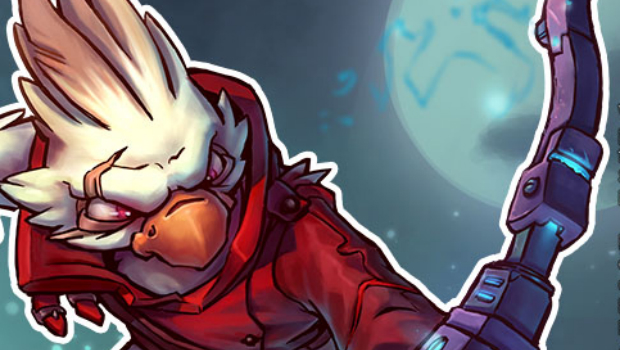 It’s been a while since I’ve booted up Awesomenauts, but I think I’ll be doing just that when the newest character hits the roster. His name is Rocco, and he’s a bird with a bow. He also has chicken feet, which makes him amazing. Rocco will be added to the game in patch 2.11, at which point he’ll be available to play for everyone who owns the game — no Starstorm restrictions.

I can’t believe Ronimo is updating the game over three years later, but here we are. I wish they didn’t have their constant issues with the console editions of the game, as a cross-platform experience could have been really big for them.