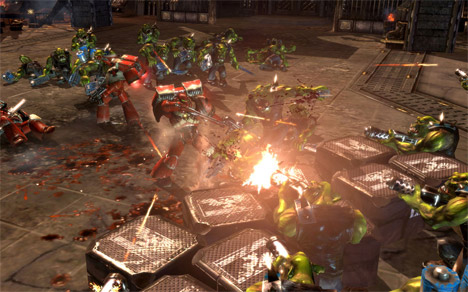 As someone who admittedly spends most of his time on a console, it takes something big to get me off the couch and back into the ol’ office.

Apart from say Demigod, which looks fantastic, Warhammer 40,000: Dawn of War II is probably one of the only other upcoming PC games I’m genuinely excited for. Relic has finally dished out the juicy requirements for the game and thankfully, they are very doable.

For those of you anticipating Dawn of War II as much as I am, make sure to check back at the Relic Web site on Thursday for an update on what’s happening with the game’s multiplayer beta.