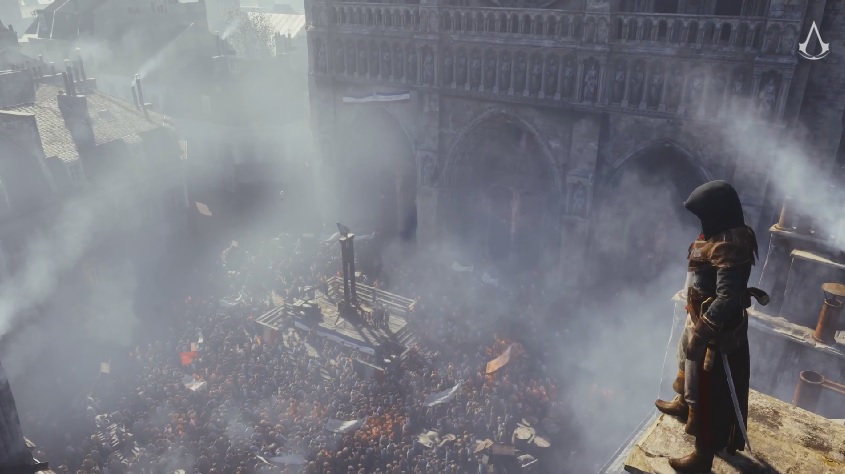 Pre-order DLC has just crossed over into the realm of the bizarre. Starting today, you can pre-order Assassin’s Creed Unity to gain access to a digital slot machine that allows you to win a host of prizes from Ubisoft.

Every Friday you’ll get five “spins,” where you can win things like in-game items, and trips to Comic-Con and Ubisoft Montreal — the grand prize is a trip to Paris.

Watch the video above for a full rundown of how it works — as an added bonus, you’ll get to hear how he sounds like the guy who did the “coming attractions” portion for 90s VHS tapes.