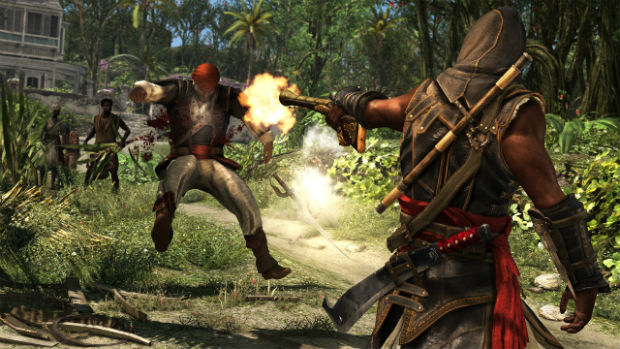 First mate Adewale is on a quest to free slaves

Assassin’s Creed IV‘s Freedom Cry DLC, which deals with first mate Adewale’s mission to free as many slaves as he can, will drop on December 17th. Taking place a few years after the core story, Freedom Cry is a mini-campaign that will host “over four hours” of content according to Ubisoft.

At first, I was skeptical of the DLC given the relatively underwhelming King Washington add-on chapters for Assassin’s Creed III. But after actually playing Black Flag I came around to the idea, especially considering the fact that I loved Adewale’s character. With the right story, this could actually be a really neat series of DLC — let’s hope they don’t screw it up. Expect some impressions closer to launch.