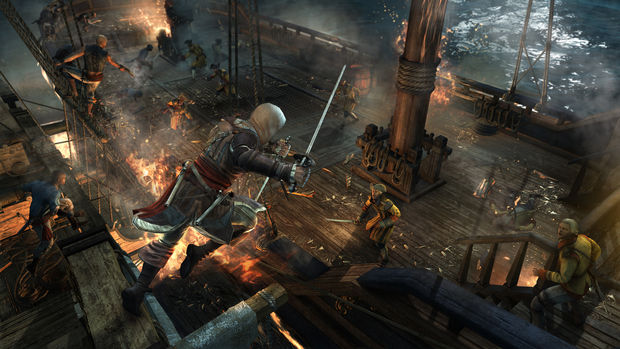 Here I was, thinking that Infinity Ward’s day-one Call of Duty: Ghosts PlayStation 4 patch for native 1080p output was a fluke. Ubisoft will have a similar update coming “shortly after release” for the PS4 version of Assassin’s Creed IV: Black Flag, upping the resolution from 900p to 1080p and adding improved anta-aliasing.

The post breaking the news is, well, it’s odd. The native 1080p support is pitched as this awesome thing while, at the same time, there’s discussion of some players not being able to perceive the difference in visual fidelity.

“But why ship at 900p in the first place? To meet an essential goal: deliver a visually brilliant game at a steady 30 frames per second (the industry gold standard for open-world games). Finishing the game at 900p gave the development team the extra room in terms of the GPU and CPU usage to ensure the framerate never dips below 30 frames per second. The team then used the time between the ship date and the release to focus on a title update that could deliver native 1080p resolution on the PS4.”

Ubisoft’s new anti-aliasing technique that was similarly worked on after certification will be released for Xbox One as well. You’re welcome. I can only imagine what the production schedule was like on ACIV if 1080p couldn’t even make it in time for launch.