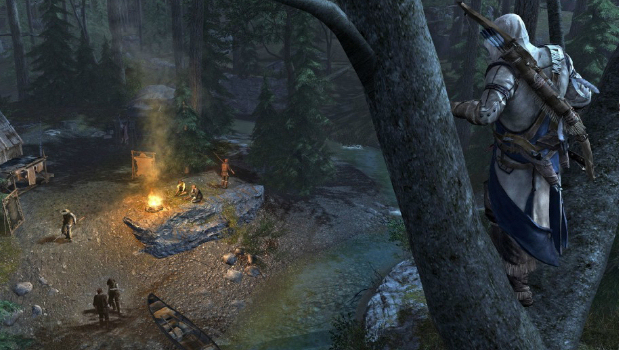 Oh Ubisoft! With the amount of Assassin’s Creed III leaks we’ve had over the past few weeks, one has to wonder if it’s not being done on purpose. At any rate, five screenshots of the upcoming stealth game have hit the Internet, and you can check them out in our gallery.

Interestingly, these screens seem to answer the skeptics who wondered how an American Revolution game would work, since there aren’t many buildings for our stealthy assassin to climb. Well, check it out! Trees, as far as the eye can see. Of course, it makes the game look more like Robin Hood than anything else, but you get the idea.

Game’s out October 30. It’ll have stabbing in it.