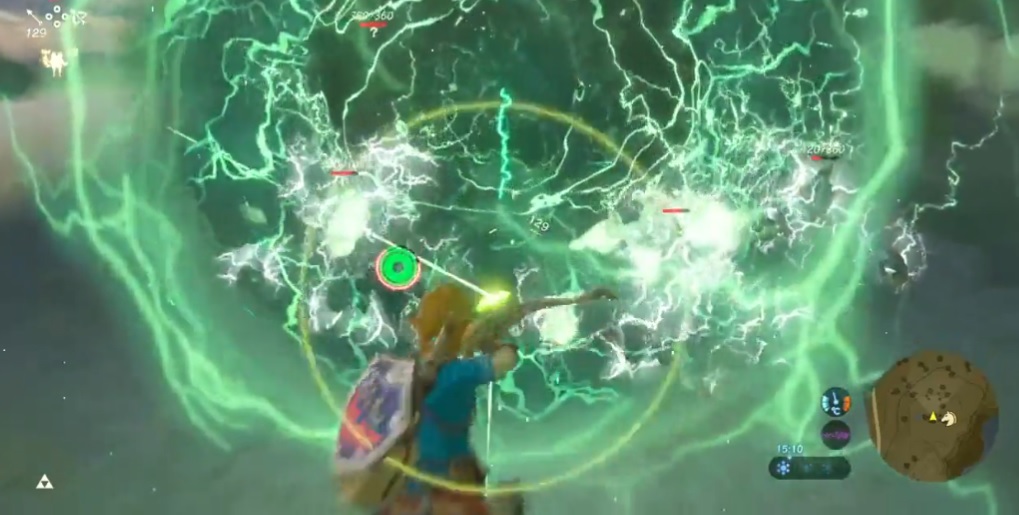 When Zelda: Breath of the Wild first came out, there was quite a bit of hubbub about the weapon durability system.

Look, I get it! It was incredible to play the game in a pre-launch bubble where it didn’t really impact me that much: only to see the game actually come out, and witness the subject be debated on high for months on end. But as Reddit user Vados_Link shows us, people ended up discovering unique ways to approach the game’s many deliberate, or accidental puzzles.

Cleverly, they use Magnesis to pick up an already-used treasure chest, and utilize the enemy’s lack of line of sight to set up their plan. Then they flick the chest into a giant group of formidable enemies, line up their shot, and shock it multiple times with a Shock Arrow. One of the best parts of the clip is how they all thunk into the ground in a satisfying way.

While we really don’t have any details on Zelda: Tears of the Kingdom‘s approach to durability, they have to have taken some lessoned learned from Breath of the Wild at least. While there are plenty of ways around it (and it didn’t really impact me much on any of my playthroughs, including the first, which was completely blind), it’s a polarizing topic that has a few different solutions.

One of the best uses of Shock Arrows in Breath of the Wild: