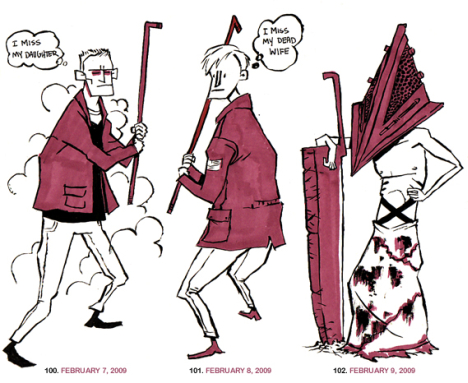 Art Attack Friday is all about Andy, the dude that runs Dude-A-Day. Andy started Dude-A-Day on October 31 2008 and his goal is to draw one dude a day until October 31 2009. So that’s going to be 365 individual drawings until he meets his goal.

Andy has a long way to go still and I’ll definitely have a follow up on Dude-A-Day this October. Until then, check out Dude-a-Day and take a look at his other art projects while you’re at it. Buttlord is hilarious.

[Via NOTCOT — Thanks, Colette]