I keep forgetting that Batman: Arkham Knight is out real soon, on Tuesday, what with E3 keeping us busy and Warner Bros. not passing along a review copy to certain outlets (was it something we said?). It seems like one of those games that’s pushing people to buy a current-gen console, and the same can surely be said of The Witcher 3: Wild Hunt. This is a good year to get in.

If you’re leaning toward an Xbox One, this deal might help: participating retailers will throw in a free game of your choice when you buy the console between June 21 – June 27, 2015.

Buy Xbox One. Choose A Game For Free. [Xbox] 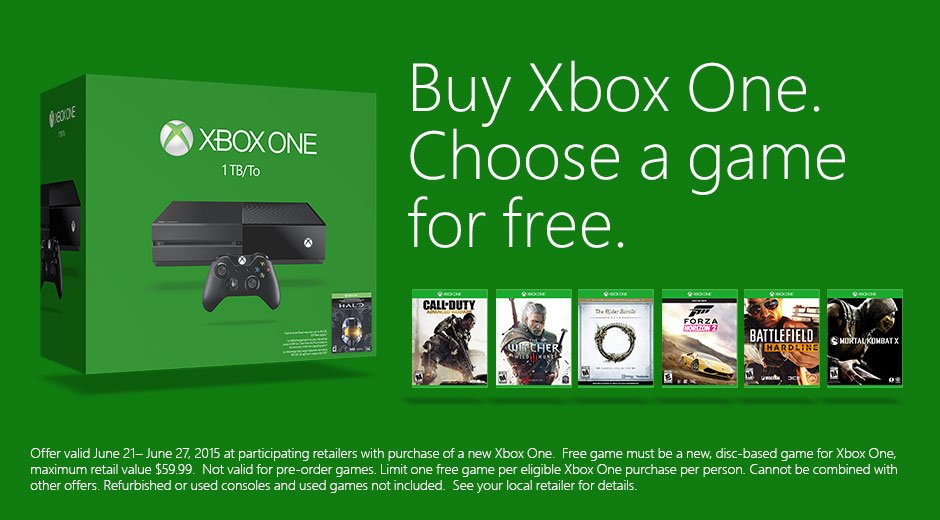