Last year at the Tribeca Film Festival, I was invited to a special preview of a semi-interactive non-movie non-game hybrid called Allumette, which would have its world premiere a few days later. It was a forty-five-minute solo session where I was able to experience Allumette for the 20 minutes of the demo and then talk to Eugene Chung, Allumette’s director and the founder of Penrose Studios, which created it. Those 20 minutes were, and I mean this in the least hyperbolic way possible, a life-changing experience for me. I have been following (and writing about) virtual reality experiences for years, and the technology has had a very real hold on me and my thoughts. I spend hours thinking about a lot of the philosophical questions that inevitably result from the development of immersive digital worlds. Allumette gave me a lot to think about.

I didn’t write about Allumette for Dtoid’s film-focused sister site, Flixist, but Hubert Vigilla did, and he’s a better writer than I am anyway… so you should check that write-up out.

This year, Penrose Studios brought a new project to the Tribeca Film Festival: Arden’s Wake. They showed a fifteen-minute prologue that serves as the introduction to what will ultimately be a larger story of they-didn’t-tell-me length. Unfortunately, I didn’t get to talk to Chung again, but those fifteen minutes gave a sense of just how far the studio has come in one year and also where this sort of storytelling can go in the future.

There’s still no name for what Arden’s Wake is. Eugene Chung mentioned this in his interview with Hubert and with me, and I imagine probably every other one he did as well. And it’s an important thing to consider. It is, to some degree, a short film, since you are more-or-less a passive observer of a pre-scripted story that lasts fifteen minutes. But even if you’re a passive observer, you are an active part of the world. Thanks to the HTC Vive, you have a 15 x 15 square within which you can walk around. At the end of Allumette, I was handed a Vive controller, and I controlled a matchstick (relevant to the story) and watched as it reacted to the world and the world reacted to it, but this was very distinctly a thing that took place after the main narrative.

Arden’s Wake had nothing of the sort. You can’t reach out and touch the world in any way, and this is important; as Chung wrote in a blog post in December of 2015, presence and storytelling are in conflict. The instant you take hold of that controller and start to watch as the match lights up the clouds around you, you forget about what you’re watching. You’re paying attention to yourself and what you’re doing. You’re taken out of the narrative as you’re pulled into the experience. And those things can exist side-by-side, but not in concert.

And, of course, this has serious implications for the design of VR experiences. Back in 2014, I interviewed Dr. Richard Marks, who was a key player in the creation of PlayStation VR, and he talked about the importance of Presence – how it was really the whole point of the thing. (About a year later, I would later inadvertently punch him during a demo of then-Project Morpheus, because he was standing where a virtual rack of weapons was.) And in a game setting, that’s more-or-less true, though arguably once you’ve reached a flow state, you’re no longer “aware” of yourself and have given over to the experience, at which point you can give your full attention to any narrative. 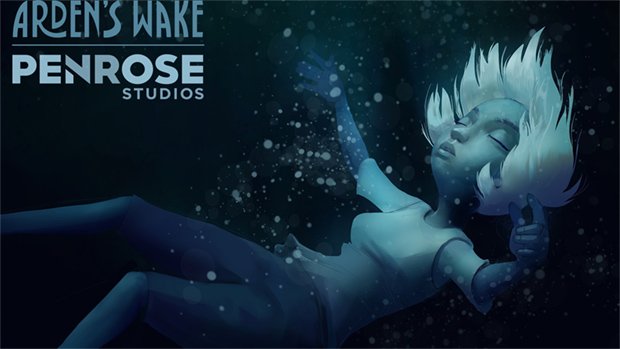 But that doesn’t work for Arden’s Wake or anything like it. There is no flow state because there’s no gameplay. All it can do to keep you from distracting yourself is to limit your interactivity. So you can do one thing and one thing only: Look. You’re the camera, seeing the action from as close or as far as you like. You can, of course, ignore the story if you’d like, but without any interactivity, there’s not much reason to.

A critical lesson used in Allumette and continued here is the addition of an acclimation period to the story. As with its predecessor, Arden’s Wake does not throw you directly into its story. You begin underwater, miniature debris sinking around you as the opening credits roll. This is the time where you get over the “Wow!” factor. This is when you get to spin around in circles and look at all of the cool things. By the time you see the characters coming into view, you’re ready to focus on them. Or, at least, that’s the idea. I found this to be more-or-less the case when I saw Allumette and definitely the case by Arden’s Wake, but I discussed it with another critic who had missed last year’s showcase, so this was her first time experiencing virtual reality of this sort. She told me that she spent most of the story looking around, too enveloped by the world itself to follow the story. That said, she also took issue with the presentation of the narrative, which likely factored into her distraction.

The most crucial difference between Allumette and Arden’s Wake is the addition of non-player camera movement. Allumette was a basically static experience. You stood by a bridge and watched the tiny characters play out their story. A flying ship came in and offered another thing for the players to look at, but the world itself was locked in place. You were the only one who could affect what you were looking at. (This led to the life-changing moment, when I instinctively ducked under a virtual bridge so as not to hit my head;) 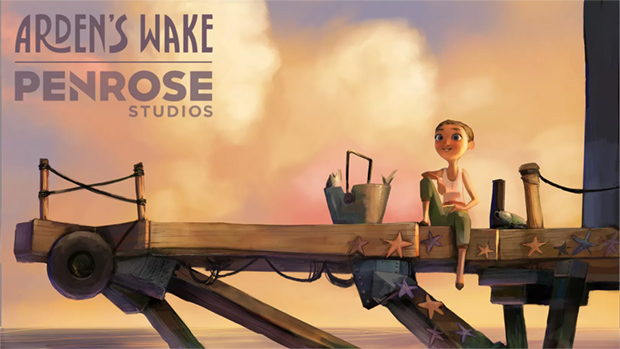 Arden’s Wake takes place in two locations: Atop a sunken skyscraper (this is, presumably, many years in the future) in the protagonist’s small home and the water beneath it. There isn’t a cut from one to the other. Instead, the camera slowly descends into the waves as we follow a submersible deep down when the protagonist must go after her father. I was aware of the movement, sure, but this was a moment of transition; the momentary feeling of presence didn’t affect my experience of the story, and the shift itself felt natural. It was a logical extension of the purely static location, with the movement itself feeling oh-so-finely tuned, enough to get you where you needed to go without getting bored while also not so fast that you feel disoriented. Even though it’s happening outside of your control, you don’t feel like you’ve lost control. You can still move. You can look at the submersible from any angle, or walk around, though you probably won’t want to.

The visuals are cute, the story is funny, and there’s voice-acted dialogue this time. You’ll get drawn in not just because it’s a story presented in a way that you’ve never seen but because it’s a story that is just generally well-crafted. As was the case with Allumette, the folks at Penrose have proven themselves to be storytellers first. In the early days of VR, that’s all the more crucial. There are many different kinds of VR experiences (the Tribeca VR festival had a number of them), as creators test the possibilities of the new medium, and the Penrose brand is just one of many viable options. But it’s also easily the best version of VR storytelling I’ve come across. Eugene Chung and his team have developed an understanding of what does and doesn’t work that far surpasses most of their competition.

This is, in part, because they’re trying something different: this form of minimally interactive narrative is generally reserved for 360/spherical video live-action films. And, as we established from the outset, that’s not really what these are. We’ll come up with a name sooner or later, but it’s a type of story that lacks the inherent limitations of 360 video. The limitations are, for the most part, self-imposed, and we’ve already seen how that can and will change over time. Each new Penrose production is a step up from the one before it, which makes what’s to come all the more exciting. At fifteen minutes, Arden Wake’s prologue felt all too short, but it served as an effective teaser for the entire narrative to follow. I’m extremely excited to get my eyes –not my hands – on the final product.